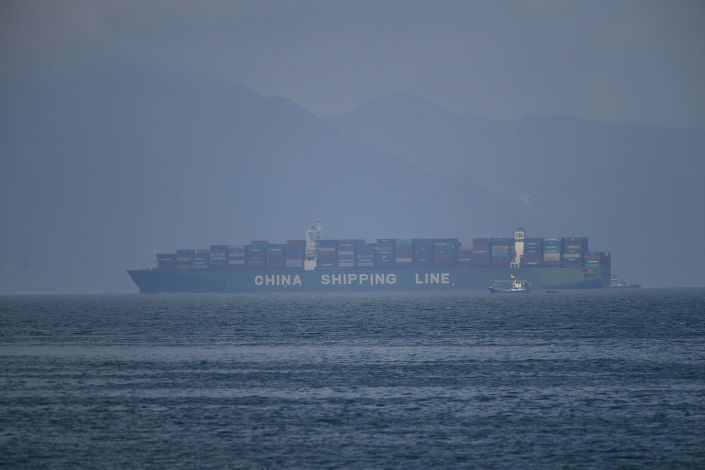 Bilateral trade between the United States and China is responsible for 2.5% of global shipping carbon-dioxide emissions and 4.8% of premature deaths caused by air pollution emissions from shipping, according to a new report published in online journal Nature Sustainability.

The research, led by Liu Huan of the School of Environment at Tsinghua University, examined trade data, ship emission models, and satellite-observed vessel activities to evaluate shipping emissions and its impact on human health. The paper also developed a methodology for determining the responsibility of trade pairs and ships for carbon dioxide emissions.

The study found that the emissions from shipping between the U.S. and China had contributed to pollution all over the world, with a notable contribution to airborne PM2.5 — particulate matter considered particularly harmful to health — around the coastal regions of China and Japan.

In 2016, approximately 5,700 people died prematurely due to air pollution from China-U.S. bilateral shipping emissions. Of these deaths, 64% occurred in China and only 2% in the United States. The remaining 34% were in Japan, South Korea, and Vietnam.

Liu told Caixin that the very small number of premature deaths in the U.S. is due to low-emission policies for ships entering the area 200 nautical miles around the coast that require ships to switch to clean fuel. China, however, did not establish emissions control zones around its coasts until 2016, so ships were able to use the same fuel as is used out at sea. Additionally, China’s coastal areas are densely populated, leading to a higher number of premature deaths.