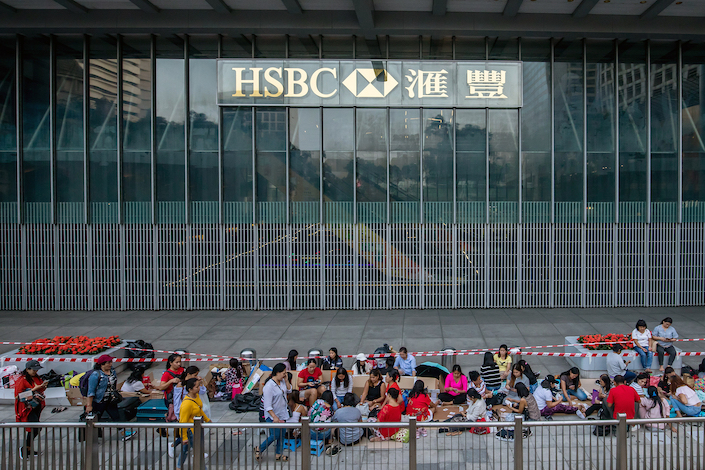 Hong Kong’s monetary authority cut its base lending rate by a quarter percentage point to 2%, matching the overnight reduction of the same amount by the U.S. Federal Reserve and prompting major banks to reduce their rates for the first time in 11 years.

The move could ease businesses’ financing costs as Hong Kong has officially slipped into a recession. The city’s battered property market is also expected to get a boost from lower mortgage rates.

The banks also cut their interest rate for Hong Kong dollar savings deposits to 0.001% from 0.125%.

The rate cut coincided with the recognition of Hong Kong’s first recession since the 2008 global financial crisis. The city’s economy shrank 3.2% in the third quarter from the previous quarter, marking the second straight quarter of decline and putting the city technically into a recession. Year-on-year, Hong Kong’s economy shrank 2.9%, marking the first quarterly decrease in a decade.

A relatively low interest-rate environment is likely to help the Hong Kong economy and businesses, said George Leung, HSBC’s Asia-Pacific adviser. But he said the rate cut is limited, which may not have a significant alleviation effect. The interest rate on savings is almost zero, so there’s not much more room for banks to further lower rates, he said.

When asked whether the rate cuts will accelerate a capital outflow, Leung said there had been no signs of outflow despite the social unrest, and capital flows mainly depend on investors’ confidence in Hong Kong’s future.

In addition to lowering businesses’ financing costs, the rate cut would lead to a modest reduction in mortgage rates in the city.

Taking an example of an average mortgage loan of HK$4 million for new construction, the rate cut of 12.5 basis points means a reduction of HK$261 in the monthly payment, said Wong Mei-fung, managing director of Centaline Mortgage Broker.

Even though the rate cut is limited, together with the government’s recent measures to raise the cap on mortgages for first-time homebuyers, it will provide a boost to the property market, Wong said.