Hong Kong Sinks Into Recession as Unrest Takes a Toll 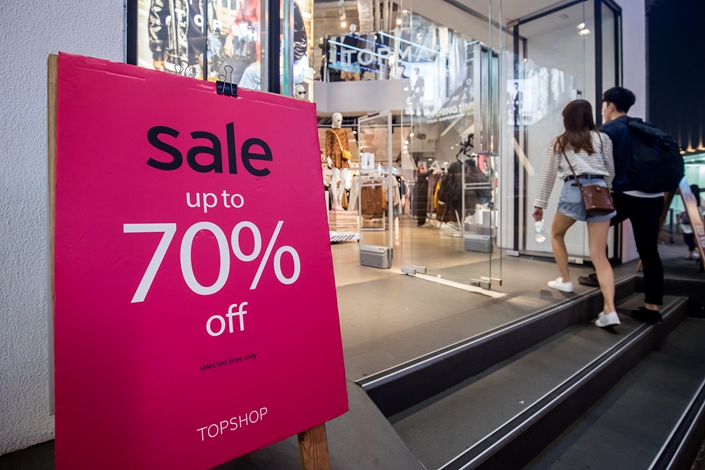 Hong Kong has officially slipped into a technical recession as the city’s economy continued to deteriorate in the third quarter, according to official data released Thursday.

Hong Kong’s third-quarter gross domestic product (GDP) shrank 3.2% from the previous quarter, marking the second straight quarter of decline, according to advanced estimates released by the local government. That indicated the city’s economy has entered a technical recession, which is typically defined as two consecutive quarters of quarter-on-quarter economic contraction.

On a year-on-year basis, Hong Kong’s economy dropped 2.9%, marking the first quarterly decrease in a decade. The city last posted a year-on-year decline in its GDP in the third quarter of 2009, when it was mired in the global financial crisis.

In Thursday’s statement, the Hong Kong government pinned the contraction on weak demand — both inside and outside the city. Social unrest was also a factor, it said. The statement specified that Hong Kong’s economy has “moderated progressively” amid a slowing global economy and trade tensions between China and the U.S.

Read More
In Depth: Why Hong Kong Faces a Recession

“The main driver (of the GDP contraction) was a slump in private consumption as the protests shuttered stores, disrupted public transport and deterred tourists,” Julian Evans-Pritchard, senior China economist of research firm Capital Economics, said in a research note.

He added that the near-term outlook remains downbeat and Hong Kong’s GDP will probably continue to contract in the fourth quarter.

Hong Kong reported its GDP grew 0.6% year-on-year in the first quarter and 0.4% in the second quarter. Over the first three quarters of this year, the city’s economy shrank by 0.7% year-on-year, the government data shows

Hong Kong will release revised its GDP figures and GDP forecast for the whole of 2019 on Nov. 15, according to the government statement.