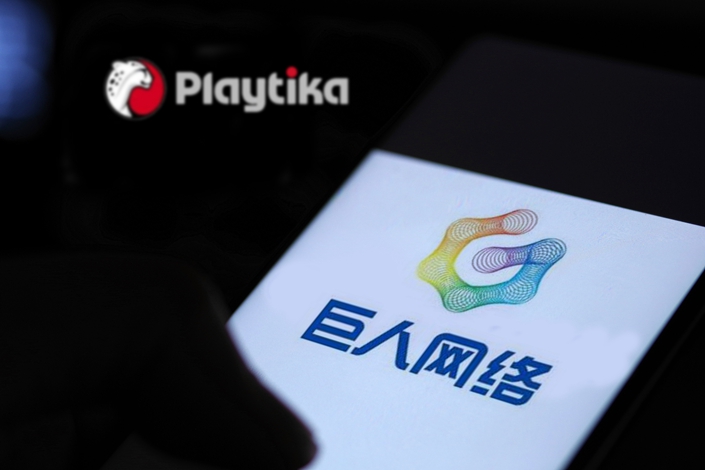 Playtika Ltd., the Israeli online gaming company that was bought by a Chinese group three years ago, is seeking to list overseas after a plan to transfer the company to a Shenzhen-listed firm failed repeatedly, according to an announcement by the Shenzhen-listed company.

Shenzhen-listed Giant Network Group Co. Ltd. said it was abandoning a plan that would have seen it purchase Playtika from its current owner, an entity called Alpha Frontier Ltd., which is backed by a number of Chinese private equity investors. Giant cited Playtika’s plan to seek its own initial public offering (IPO) in an unspecified overseas market, according to the Monday filing.

Giant was formerly listed in New York, but later privatized and re-listed in Shenzhen in 2016 as part of a broader wave of Chinese firms making similar homecomings in search of higher valuations from domestic investors.

Just a half year after that re-listing, Giant Chairman Shi Yuzhu formed Alpha with several other investors to pay $4.4 billion for Playtika, a former unit of U.S. gambling giant Caesars Entertainment that specializes in social card games for mobile platforms. Shi originally aimed to have his listed Giant ultimately take over Playtika, but that plan ran into repeated difficulties.

Shortly after Alpha was established, Giant launched its first attempt to buy Playtika in a 30.5 billion yuan ($4.3 billion) deal using a combination of new shares and cash. But that plan ran into headwinds after the stock exchange raised questions, and was abandoned two years later. About a year ago, Giant launched a second attempt that also valued Playtika at 30.5 billion yuan, using all new shares to pay. But again the deal was scuttled in July this year after the regulator raised questions, partly over the issue of whether Playtika was involved in gambling.

Giant announced a third attempt at the time it abandoned the second one, this time raising the value of the deal to between 40.5 billion yuan and 42.5 billion yuan. But that plan has now also been abandoned, according to the latest company announcement.

At the time the Alpha group was formed, Shi had made an agreement with the group’s other investors to buy back their shares if he was unable to complete the injection of Playtika or its assets into the listed Giant within 36 months, Caixin has previously reported.

A previous version of this story incorrectly characterized the regulator's response to Giant's proposed purchase of Playtika in July. The regulator raised questions about the deal.