Opinion: Why Joining CPTPP Trade Pact Could be China’s Plan B If RCEP Further Stalls? 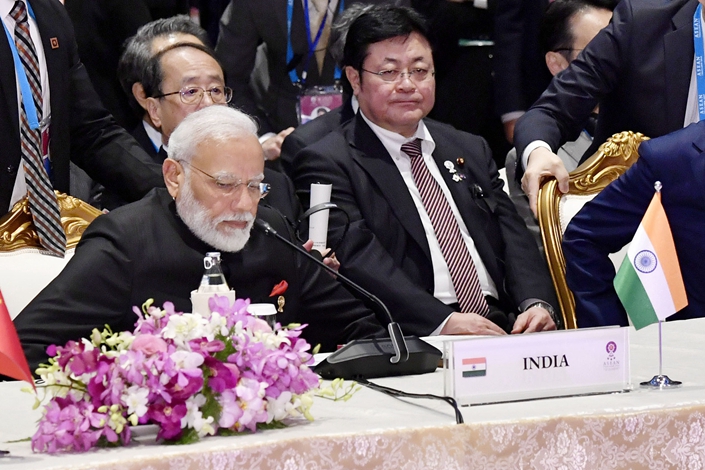 The RCEP was designed to cover the 10 member states of the Association of Southeast Asian Nations (ASEAN) — Brunei, Cambodia, Indonesia, Laos, Malaysia, Myanmar, the Philippines, Singapore, Thailand and Vietnam — plus India, Japan, China, South Korea, Australia and New Zealand. Together, these countries contain half of the world’s population and account for nearly 40% of global GDP.

The initial plan was to complete the deal this year. But on Monday, after leaders from the 16 negotiating parties gathered in Bangkok on the sidelines of an ASEAN summit, it was announced that the signing had been delayed until 2020 because India was holding out on concerns about the deal’s potential impact on its small businesses. It was a setback for the Asia-Pacific region’s further integration.

According to a leaders’ joint statement, the “15 RCEP Participating Countries (excluding India) have concluded text-based negotiations for all 20 chapters and essentially all their market access issues.”

The statement indicates that leaders are keeping the door open for India to eventually join. Thus, as long as the 15 members are willing to accommodate India’s concerns and make concessions, it’s still possible to complete the RCEP with all 16 parties. However, if there is no room for compromises, then we might have a RCEP-15.

Although India’s is holding out for legitimate reasons, its reluctance stands in contrast to the calls for broader integration of the Asia-Pacific region, which remains fragmented in terms of trade.

“In just the past two years new protectionism measures have affected nearly $1 trillion of world trade,” New Zealand Prime Minister Jacinda Ardern said on the sidelines of the ASEAN summit. “We’ve been a strong proponent for concluding a high quality RCEP as soon as possible.”

For its part, China, which has been embroiled in a protracted trade war with the United States for about 16 months, has been pushing hard to conclude the RCEP this year. This is part of its effort to offset the damage of U.S. tariffs by improving trade and investment among the RCEP member states. Still, as the RCEP talks stall, it’s time for Beijing to come up with a backup plan.

Huo Jianguo, senior researcher at Beijing-based Center for China and Globalization (CCG), told me that the difficulty of making a “breakthrough” in the RCEP negotiations lies not only in specific member states’ domestic preoccupations, but also the siphoning effect of its regional competitor — the CPTPP.

As the world’s third-largest free trade area — which China is not a member of — it overlaps with seven RCEP participants: Australia, Brunei, Japan, Malaysia, New Zealand, Singapore and Vietnam. Because the CPTPP is already in effect, its members have been benefiting from lower tariffs and greater access to one another’s markets.

Three other RCEP parties, Thailand, Indonesia and the Philippines, have clearly stated their interest in joining the CPTPP, Huo said on the sidelines of a CCG event on Sunday. This suggests that the CPTPP was gaining influence in the region.

In regional trade arrangements, RCEP is China’s first choice, but if there are further delays without any breakthroughs, then China should be open to joining the CPTPP, Huo said.

Elizabeth Peak, minister counselor for economic affairs at the Australian Embassy in China, also told me at the same CCG event that she has not yet seen any indication from the Chinese government that it is considering joining the CPTPP.

But Peak said the trade pact is open and some countries have informally expressed interest in membership. She said the CPTPP won’t “stand still,” and it will provide the foundation for even greater free trade integration in the region.