By Qin Jianhang and Denise Jia 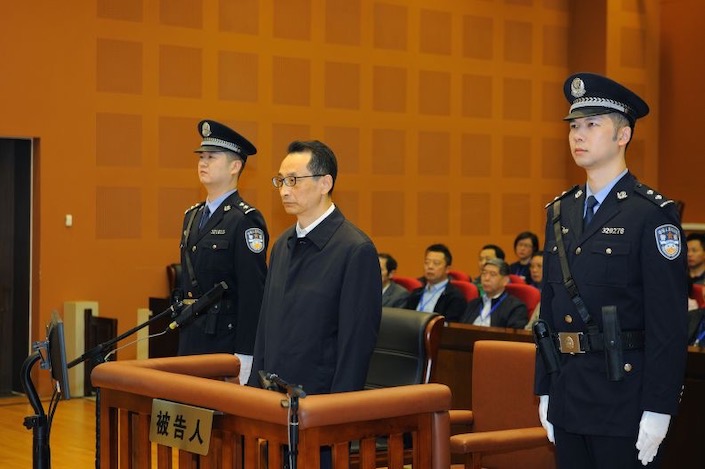 Chen expressed remorse in his final statement, the court said. A sentence will be announced at a later date.

The former vice mayor was labeled the “first tiger to fall in 2019” when authorities announced in January a corruption investigation of the former rising star. Details on his extravagant life have drawn high attention.

Chen took advantage of his positions to help some companies benefit from construction projects in exchange for money and gifts worth more than 128.9 million yuan between 2003 and 2018, prosecutors said.

More than half the bribery was received during 2018, when he was named head of the Chinese Association of Science and Technology’s secretariat, Caixin learned from sources.

Chen previously held various posts in the Beijing municipal government, including head of the urban planning committee, where he directed and oversaw giant, citywide construction projects in preparation for the Beijing 2008 Summer Olympics.

When he was transferred to the Chinese Association of Science and Technology, an academic body, he feared his political career might come to an end and started to step up efforts to accumulate wealth through bribery, according to several sources.

Caixin learned that Chen instructed the boss of a private company to build a luxury private garden, one of the manifestations of Chen’s extravagant life. Chen was personally involved in the design and construction of the garden, and he used it to entertain family, friends and businessmen, Caixin learned from sources.

Caixin also learned that Chen, a Communist Party member, had superstitious beliefs and practices. When he was at his career high in 2008 and a low in 2017, he twice went to seek advice from fortune tellers, according to exclusive sources.

Anti-graft authorities started to investigate Chen in 2016 after receiving tips on his activities. He admitted to some bribery allegations to authorities in late 2018, then arranged for his mistress to flee the country the next day, Caixin learned from sources. He also colluded with some businessmen to coordinate their statements regarding illicit activities, the sources said.