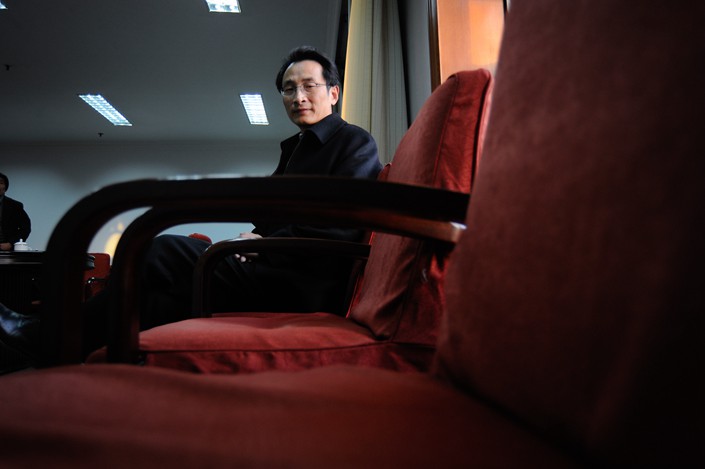 A former vice mayor of Beijing with ties to billionaire fugitive property tycoon Guo Wengui is under investigation for corruption, state media announced on Sunday night.

Once a rising star, Chen Gang was named Beijing’s vice mayor at the comparatively young age of 40 in 2006. He had headed the municipal urban planning committee, which approves and supervises construction projects, since 2002. Holding these positions concurrently, he directed and oversaw the giant, citywide construction projects that reshaped Beijing in preparation for the 2008 Summer Olympics. He last served as head of the Chinese Association of Science and Technology secretariat.

The Communist Party’s Central Commission for Discipline Inspection (CCDI), China’s top anti-graft watchdog, made the announcement on Sunday night on its website, prompting Chinese media to label Chen the “first tiger to fall in 2019.” President Xi Jinping’s anti-corruption campaign, underway since late 2012, is said to target both high-level officials or “tigers,” and low-level officials, or “flies.”

Details about the investigation are yet to be announced, but rumors of Chen’s misdeeds have circulated for years.

In a video that surfaced online in 2017, Ma Jian, a former vice minister for state security who was sentenced to life in prison last month for bribery and insider trading, alleged that Chen had used his position to help Guo and his property company, Beijing Zenith Holdings, gain business favors.

Guo, once ranked the 74th-richest businessperson in China, is believed to be living in the U.S. after he fled China in 2014 to avoid graft investigations.

From 2008 to 2014, Ma was found to have sent national security officials to threaten shareholders of Minzu Securities, a brokerage, to help Guo’s company take control of it. Ma and his family gained more than 49 million yuan ($7.1 million) through insider trading related to the deal, the court found.

In the video, Ma said that he had enlisted Chen’s assistance to help Guo’s company avoid financial penalties for illegal construction activity in Beijing.

Chen is also believed to have helped Guo arrange bank loans for Zenith Holdings. A top executive from Guo’s company told Caixin: “If a vice mayor calls on behalf of the company, he just makes a call and it comes through. Guo Wengui and Chen Gang have a close relationship.”

In 2006, Liu Zhihua, Chen Gang’s predecessor in the vice mayoral and Olympic construction committee positions, was removed from his post for corruption after a sex tape secretly filmed by one of his mistresses was sent to Communist Party headquarters. Liu, known for his opulent lifestyle and luxurious villas in the mountains north of Beijing, was handed a suspended death sentence two years later after being found guilty of taking nearly $1 million in bribes.

One person in the real estate industry who requested anonymity due to the political sensitivity of the case claimed that Chen “made a lot of contributions to Beijing’s construction, but having acted as the head of the urban planning committee for so long, and with relatives of so many officials looking to get into real estate, it would have been easy for him to become corrupt.”

Since he fled China in 2014, Guo, who has not shrunk from the press in his adoptive home, has been publicly embroiled in various legal battles, including lawsuits for defamation, unpaid loans, allegations of rape, and embezzlement. Many of his employees and business associates have been fined for or pleaded guilty to charges of illegal activity.