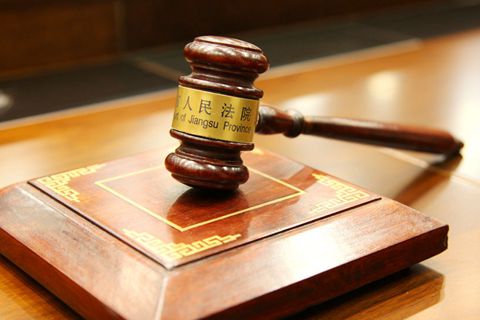 The case has brought to light details of how Guo leveraged government connections in his financial dealings before he fled China in 2014 as he was being investigated for graft. Guo, also known as Miles Kwok, is now living in the U.S.

The court verdict said Guo Hanqiao, a former Zenith consultant, and Zhao Dajian, former chairman of Minzu, committed the crime of coercive business transaction in the takeover of Minzu under Guo Wengui’s instruction.

The other three former employees of Guo Wengui were convicted of embezzlement for helping Guo to misappropriate Minzu’s funds. The court said the five people deserved lighter sentences as they were only accomplices aiding Guo Wengui in crimes under his instructions, and they had confessed and showed remorse for their actions.

The five were sentenced to suspended jail terms ranging from one year to three years, and fined from 100,000 yuan to 300,000 yuan.

According to prosecutors, from 2008 to 2014, Guo Wengui, Guo Hanqiao and Zhao colluded to remove hurdles to Zenith’s takeover of Minzu Securities.

With the help of Ma, the national security vice minister at the time, Guo Wengui managed to force other Minzu Securities shareholders to give up their pre-emptive rights to purchase a stake or expand their shares in the brokerage.

Caixin reported in April 2017 that Zhang Yue, who was head of the Political and Legal Affairs Committee in Hebei province, helped Guo Wengui force the local Shijiazhuang Commercial Bank to sell its 6.81% stake in Minzu Securities for a discounted price of 291 million yuan ($42.7 million).

Ma also helped Guo Wengui ask Li Jiaxiang, head of the Civil Aviation Administration of China, to allow the state-owned Capital Airports Holding Co. Ltd. to sell its 61.25% stake of Minzu to Zenith for a below-market price of 1.6 billion yuan, with other bidders excluded in the process, Caixin reported earlier.

Ma was formally arrested in February 2017, when authorities began investigating him on suspicion of bribery.