Caixin Summit: How Should China Protect Tigers and Other Wildlife? 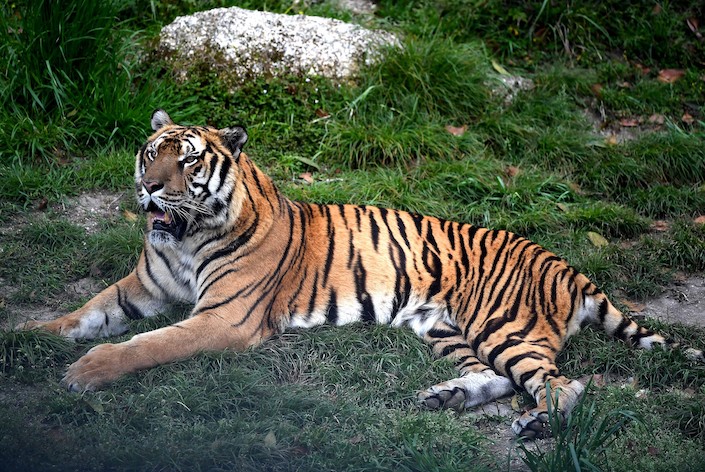 To protect wild animals, should authorities throw all poachers in jail, or try to convert them into protectors of the wild?

For instance, some people in India would transfer elephant tusks or rhino horns to neighboring countries such as Myanmar, then sell them to other countries to bypass law enforcement. But how to punish an arrested poacher remains a difficult question, Varma said.

Tigers face the danger of extinction in Southeast Asia, Varma said. There are hardly any tigers in Laos, Cambodia and Vietnam. There are only 12 tigers in Myanmar and 85 in Thailand.

Long Yongcheng, chief scientist for the Southwest China branch of the Alashan Society of Entrepreneur Ecology, said simply strengthening law enforcement may not be the best way to solve the problem. Many local villagers in the mountains have been engaged in hunting for generations, he said, but it was only a few decades ago that some animals became state-protected and capturing or killing them became illegal.

It’s better to respect the villagers and convert them into protectors of the forest and wildlife rather than tagging them as “poachers” and sending them into jail, Long said.

“We should care about their thoughts and life, solve their problems, and introduce them to the path of animal protection,” Long said.

China established the first few nature reserves in the 1950s. There are now nearly 500 state-level nature reserves and thousands of local reserves, according to data disclosed in September by the Ministry of Ecology and Environment.

Varma insisted that forceful measures need to be taken to protect wildlife, although it’s difficult to do so. He said he noticed that in some mountains in China, it is hard to find any wild animals.

Hu Shuli, publisher of Caixin Media, suggested looking at the issue from an economic perspective.

The authorities must impose harsher law enforcement to ban any trading of wild animals and terminate any market for such trading, she said. This would include local markets that could result in poaching in other countries. In addition, local governments should develop tourism to compensate local people, she said.