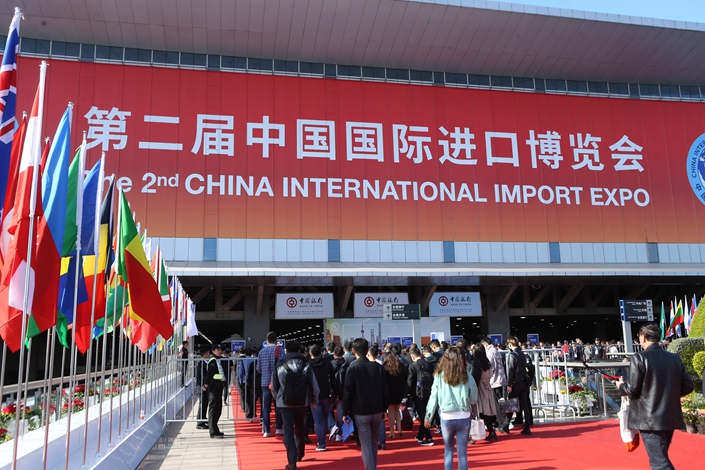 Opening-up has become a buzzword once again.

President Xi Jinping’s keynote speech at the second China International Import Expo and the communique from the Communist Party of China’s (CPC) fourth plenum clearly state that we should implement a wider scope, wider sphere and deeper level of comprehensive opening-up. At present, as the shadow of trade protectionism hangs over the world, the second-largest economy will undoubtedly boost confidence in global economic growth and add weight to the new round of globalization and to the construction of an open world economy. China’s economic development first and foremost requires comprehensive opening-up and structural transformation.

Promoting reform through opening-up is the basic experience of China’s development for more than 40 years. Now, it has more urgent needs and a clearer direction. China’s economic structure is undergoing a profound adjustment from the manufacturing industry to the service industry, presenting a major challenge. International experience shows that this transition is not a guaranteed success. In recent years, downward pressure of China’s economic growth has increased, and structural transformation and industrial upgrading have proven difficult and in need of the hand of comprehensive opening-up. The opening-up of the service industry has lagged far behind that of manufacturing. The fact that the manufacturing sector has deeply benefited from opening-up over the past 40 years provides a necessary reference and sets a benchmark for the opening-up of the service industry.

The importance of the service industry is clear. It can promote the division of labor and optimize the allocation of resources; it has a strong function of promoting employment. A weak service industry cannot meet the people’s growing needs for a better life. Research shows that the higher the quality of the opening-up of the service industry, the more conducive it is for a country’s national incomes to catch up. This is also consistent with the experience of countries that have successfully navigated past the “middle income trap.” The only way to promote China’s economic transformation is through the opening-up of the service industry with greater strength, breadth and depth. The central government has a top-level design for this. At the Third Plenum of the 18th CPC Central Committee, there were proposals for the orderly opening of finance, education, culture, medicine and other service industries, as well as proposals for releasing restrictions on access of foreign capital in service industries such as childcare, elderly care, architectural design, accounting and auditing, commerce and logistics, and e-commerce. Subsequently, pilot projects for opening up the service industry were gradually launched, and the construction of free trade zones and free trade ports continued to speed up. Represented by “Article 11” of the State Council Office of Financial Stability and Development Committee this year, the opening-up of the financial sector is the top priority. These developments are encouraging. The door to the opening of the service industry has been opened, and it can be opened even wider.

In the next stage of opening-up, we should make great efforts to reduce institutional costs and implement institutional opening. At the fourth plenum, the CPC Central Committee proposed building a new economic system with a higher level of opening up. Among them, it is important to improve “pre-establishment national treatment” plus a “negative list management” system for foreign investment. Additionally, we must promote the opening of rules, regulations, management, standards and other systems. The key to reducing institutional costs is still to clarify the intervention boundary for the government, restrict power, and build governance oriented around the rule of law and service. The promulgation of the foreign investment law and the improvement of the business system conducive to opening-up are all the embodiment of institutional opening. However, in order to adapt to the high level and high standard of opening-up, the current system still has obvious deficiencies. Therefore, it is necessary to provide an open and transparent environment for the service industry, especially for anti-monopolies, market access, regulation, and so on. In finance, education, medicine, and other industries, we should give full play to the role of private and foreign capital and should not confine ourselves to a restricted range. For a long time, people have had strong opinions on the bottlenecks in education, health care, and other fields. If the relevant departments delay reforms for such reasons or defend the old system, it is likely to ruin the bright future of China’s economic transformation.

An open China needs an open world. The word “comprehensive” in “comprehensive opening-up” is particularly worth considering. Openness is not one-way, not two-way, but multi-directional. It is not limited to goods and services, but is also down to systems, ideas and hearts. This issue comes as the 10th Caixin Summit in Beijing closes. The theme of the summit was “Opening Up: China and the World,” and held deep expectations. Experts provided insight for building an open China and an open world by exchanging views and speaking freely.