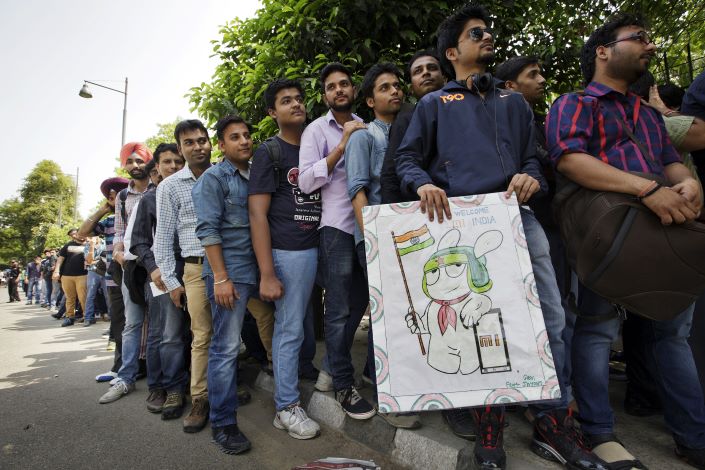 Smartphone-maker Xiaomi retained its dominance in the Indian market in the third quarter of 2019, but its leading status is being challenged by Chinese rivals.

That’s the message from the latest report by market research firm IDC, which showed that Oppo and its subsidiary Realme closed in on Xiaomi’s shipments during the period.

In the three months through September, Xiaomi grew its shipments in India by 8.5% year-on-year to a record 12.6 million units, giving the firm a 27.1% market share, according to the report.

Realme and Oppo respectively claimed the fourth- and fifth-largest market shares, but posted jaw-dropping quarterly sales growth. Realme, which launched last year as a budget sub-brand of Oppo, shipped 6.7 million units, representing a whopping growth of 401.3% from a year earlier. The report attributed the performance to large shipments of Realme’s affordable C2 models and its newly launched 5 and 3i series.

The combined market share held by Realme and Oppo during the period accounted for 26.1% of the Indian smartphone market.

Samsung came in second with an 18.9% market share. But the South Korean company suffered a year-on-year growth drop of 8.5%, with quarterly shipments of 8.8 million handsets.

And Vivo, which is developing 5G chip-powered smartphones in partnership with Samsung, ranked third with 15.2% of the Indian market.

In May last year, Realme launched its first model in India. It has gained a strong foothold in the South Asian country thanks to its low-price strategy.