By Shan Leijing, He Shujing and Tang Ziyi 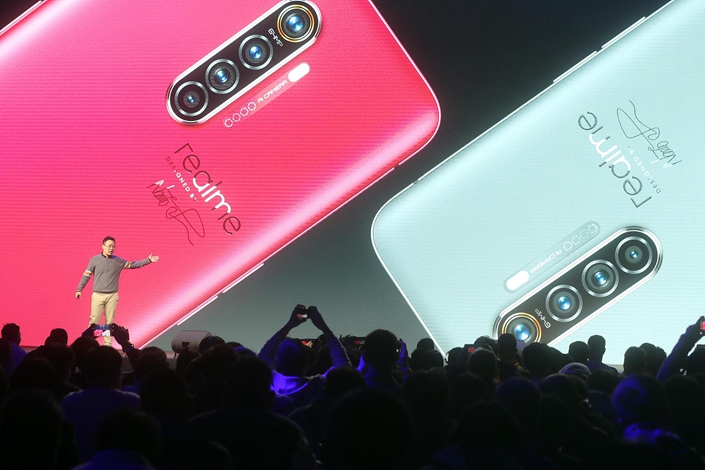 Realme, the budget sub-brand of Chinese smartphone-making giant Oppo, is shifting focus to the mid- to high-end market with the launch of a new more expensive handset.

The company unveiled its X2 Pro series at a launch in Beijing on Tuesday, with prices ranging from 2,599 yuan ($367) to 3,299 yuan, depending on storage capacity and design.

The model is the most expensive phone ever offered by Realme. The brand previously released models priced between 900 yuan and 2,000 yuan.

The handset-maker is following in the footsteps of its homegrown rivals which typically have started as low-end specialists and migrated to the less-crowded, higher-end market when their entry markets became more competitive.

For example, Redmi, the low-cost line of Xiaomi which started selling products for less than 1,000 yuan, rolled out a new model called K20 Pro in May with a starting price of 2,499 yuan.

And Vivo launched a sub-brand, iQoo, in February in a bid to tap into the upscale market and “break consumers’ existing impressions of the Vivo brand,” a company representative said.

Realme started as a sub-brand of Oppo in May 2018 when it launched its first model in India. It has since gained a strong foothold in the South Asian country due to its low-price strategy. Realme decided to return focus to its home turf in May this year.

The brand said its China return wouldn’t involve shying away from competitors in the domestic market, including those launching mid- and high-end products, such as its parent, Oppo, said Chief Marketing Officer Xu Qi in a group interview after the Beijing launch event.

Realme shipped 4.7 million units to the global market in the second quarter this year, accounting for 1.3% of overall smartphone shipments worldwide, according to industry research institute Counterpoint. The smartphone brand’s sales in India contributed the lion’s share of its total global sales.

By comparison, Realme only shipped 285,000 phones in the Chinese market in the same period, according to industry data tracker IDC.

Despite fierce competition, China is still a strategic focus of Realme as the world’s largest smartphone market, said Xu.

Handset-makers in China are suffering from shrinking sales in an oversaturated market. Data from the China Academy of Information and Communications Technology shows that total smartphone shipments in China fell 5.5% year-on-year to 251 million units.

Xu said Realme will focus on its domestic market’s online sales channels to save operational costs.

The X2 Pro has been launched in China and Europe and will be officially launched in India in December.