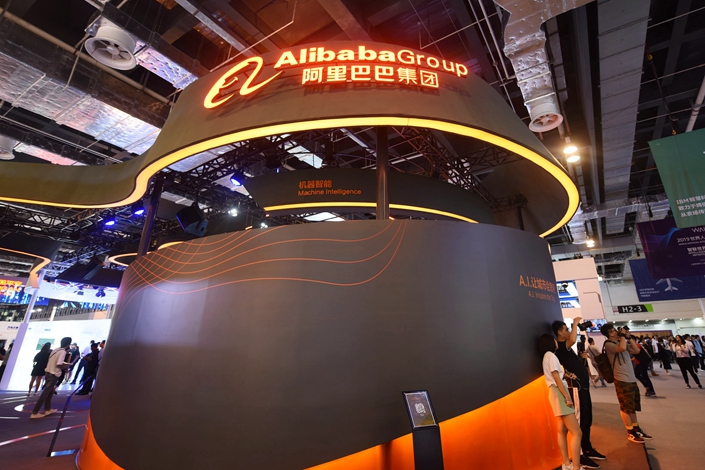 Alibaba is one of the world’s most valuable companies, with a current market capitalization of nearly $500 million. Photo: IC Photo

Alibaba Group Holding Ltd. has passed a hearing with the Hong Kong stock exchange, according to a person familiar with the process, marking the clearest step yet of the e-commerce giant’s intent to list in the former British colony to complement its current New York listing.

The hearing with stock market operator Hong Kong Exchanges & Clearing Ltd. occurred on Tuesday, the source said, speaking on condition of anonymity because of the sensitivity of the issue. A separate source close to Alibaba told Caixin last week the company is aiming to raise between $10 billion and $15 billion in the offering.

Even at the low end of that range, the offering would be the largest for Hong Kong this year. But it would fall well short of the $25 billion Alibaba raised in its 2014 New York listing, a world record that could soon get trumped by the upcoming IPO of Saudi Arabian oil giant Saudi Aramco, which could be worth as much as $40 billion.

The pricing of Alibaba’s Hong Kong shares won’t come at a huge discount to its U.S.-traded stock to minimize the opportunity for arbitrage, a senior banker directly involved in the listing told Caixin, also speaking on condition of anonymity due to the sensitivity of the situation.

Alibaba is already one of the world’s most valuable companies, with a current market capitalization of nearly $500 million. Before its 2014 New York listing it was reportedly leaning toward an IPO on Hong Kong’s main board, where it would have joined internet rival Tencent Holdings Ltd.

But Alibaba ultimately abandoned Hong Kong after local regulators refused to allow a dual-class shareholder structure that would have given control of the company to its core managers. Hong Kong has since changed its rules to allow such structures, largely to avoid losing more companies like Alibaba to rival markets like New York, where such structures are allowed.

The return to Hong Kong could also make Alibaba shares more easily available to investors on the Chinese mainland through a program linking Hong Kong with mainland markets in Shanghai and Shenzhen. Shares of many of China’s largest internet companies like Baidu Inc. and JD.com Inc. are still mostly off-limits to most Chinese because are only traded in New York.