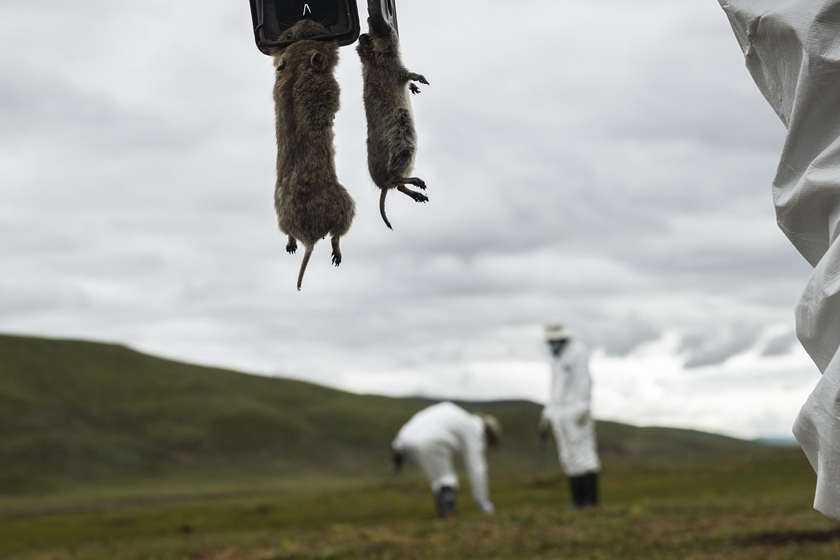 A member of the ‘rat plague’ prevention squad holds up two traps on Aug. 27 that have caught rats in the Garzê Tibetan autonomous prefecture, which is on the edge of the Qinghai-Tibet Plateau in Southwest China’s Sichuan province. Photo: VCG 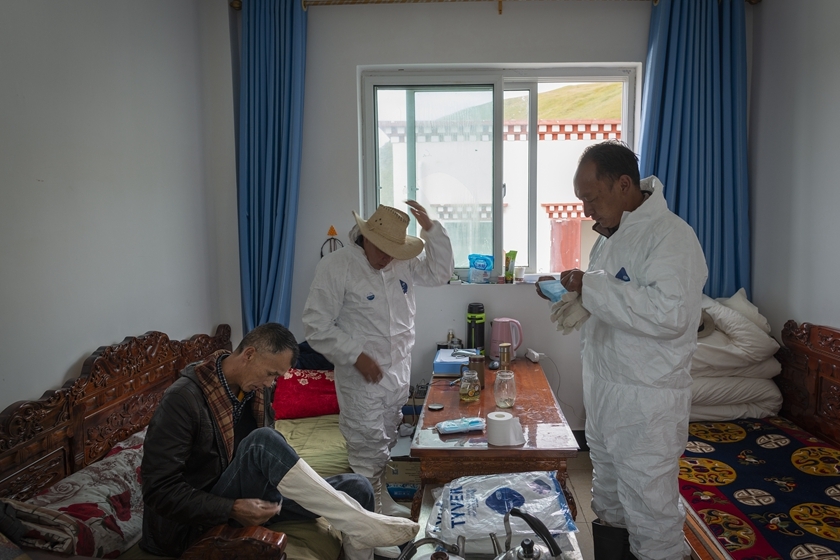 Three of the squad’s members put on their protective suits before setting out on Aug. 27. Photo: VCG 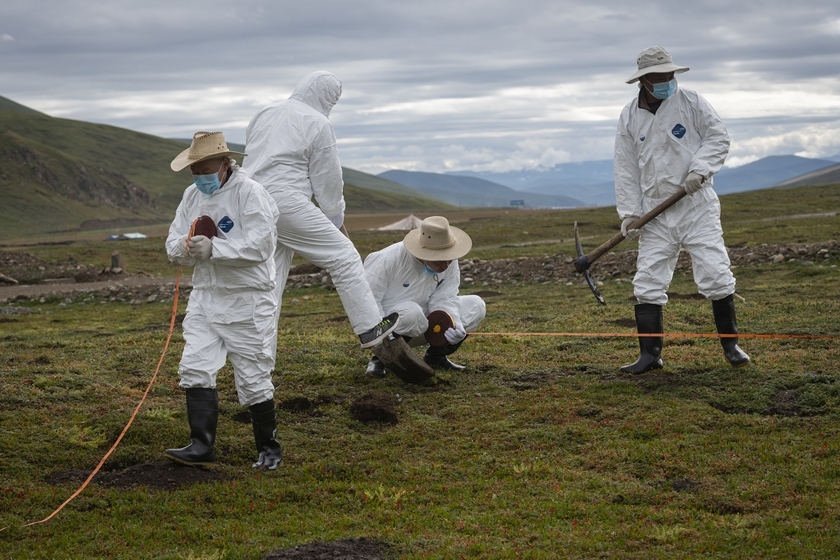 The squad measures a 50-by-50-meter area in which they plan to set more than 200 rat traps. Photo: VCG 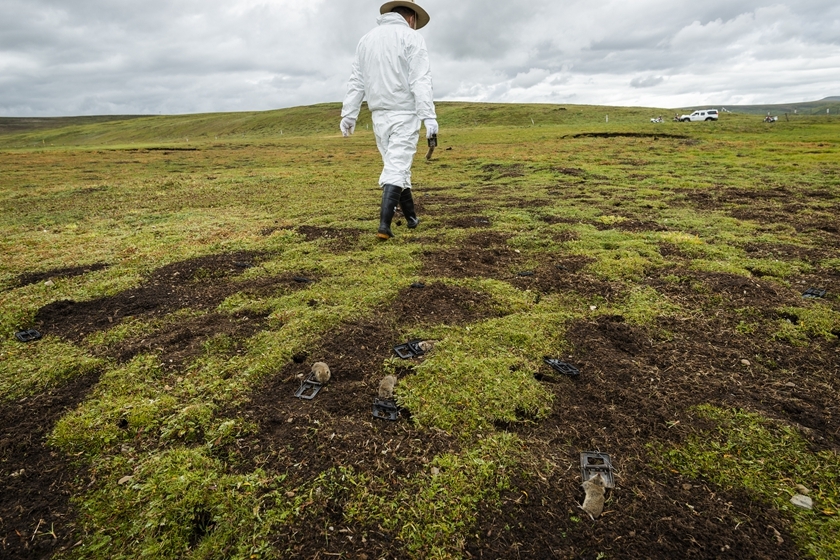 A squad member checks the traps around an area covered in rat holes. Photo: VCG 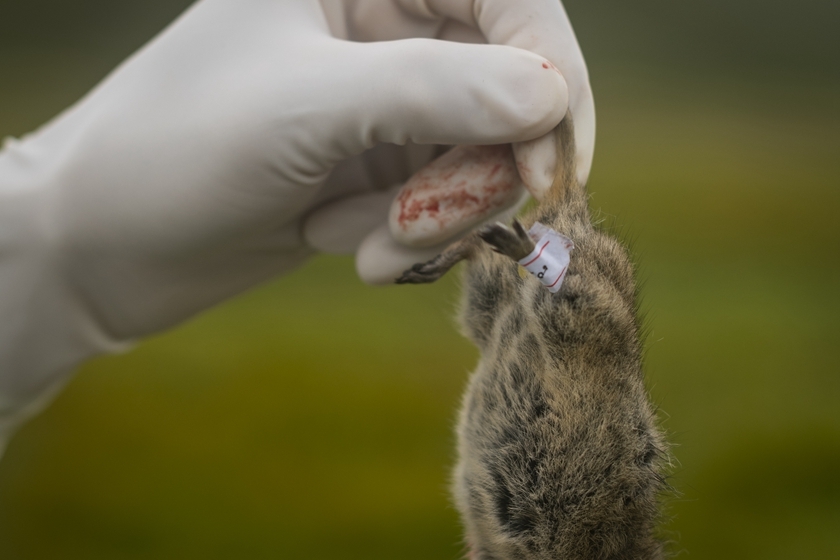 Each rat is tagged before it gets tested. Photo: VCG 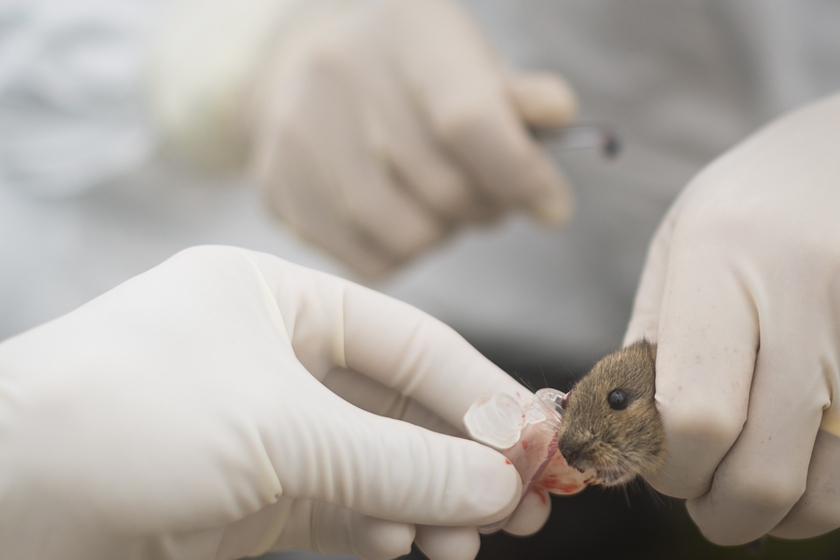 A squad member takes a blood sample from a rat. Photo: VCG 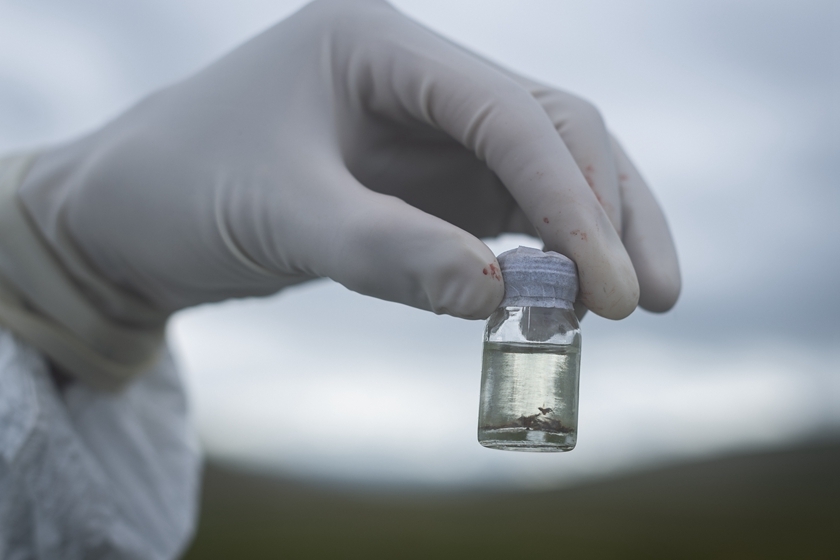 Fleas collected from a rat. They are also going to be tested. Photo: VCG