By Cheng Siwei and Wu Gang 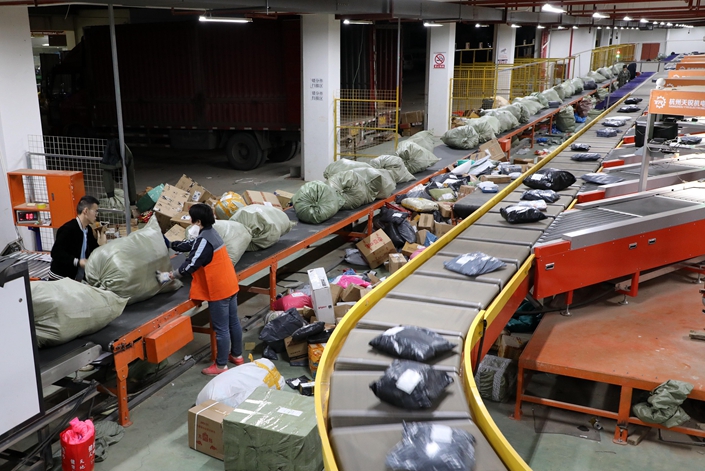 China on Thursday announced lower-than-expected consumption growth for October, with the figure coming in at 7.2% year-on-year, the lowest since May 2003.

Zhang Min, a statistician with the National Bureau of Statistics (NBS), said the slowing growth in retail sales is mainly caused (link in Chinese) by short-term factors — particularly the “siphoning effect” of November’s “Double 11,” a shopping festival created by e-commerce giant Alibaba Group Holding Ltd. in 2009, which has since evolved into an annual extravaganza that most e-commerce platforms participate in.

The notion seems to make sense, as many consumers, expecting steep discounts are on the way, often postpone their purchases in the weeks, or even months, leading up to Nov. 11, and only start placing orders once the sales kick off at the beginning of the month.

However, is it really true that these sales surges were achieved at the cost of a lackluster October? It appears to have been the case in recent years.

According to government data, the retail sales growth rate in October fluctuated without a clear pattern in the first few years after 2009, reflecting no impact of Double 11 on the October numbers.

Retail sales growth was 0.6 percentage points lower in October 2018 than in September 2018. This year, it slowed again in October.

However, according to Caixin calculations based on the NBS data, online sales of tangible products in October 2019 rose 19.2% year-on-year, up 0.9 percentage points from the year-on-year growth rate in September. Apparently, online sales were not really showing a drag because of the November shopping season. In the previous two years, online sales growth slowed a bit in October.

The Double 11 siphoning effect does not seem to apply to all products either. The top three best-selling products on Alibaba’s Tmall platform appeared to be smartphones, winter coats and cosmetics this month. But NBS data shows that telecom products were the fastest growing category in October, up 22.9% year-on-year, which is 14.5 percentage points higher than that of September.

Because of the slowing property market, sales of related products such as furniture, home appliances and home electronics all shrank in October.

Multiple market research institutions have predicted that consumption growth would recover in November thanks to the Double 11 shopping season and an improving real estate market.