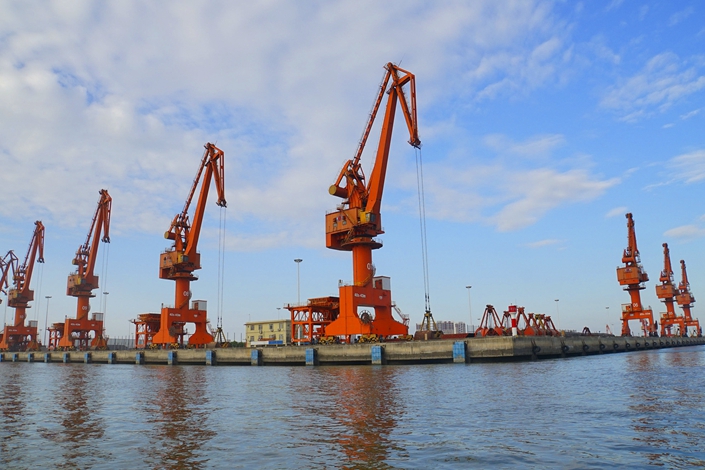 Fixed-asset investment, a key driver of domestic demand that includes infrastructure investment, increased 5.2% year-on-year in the first 10 months of this year, according to data (link in Chinese) released by the National Bureau of Statistics (NBS). The cumulative reading marked the fourth straight monthly deceleration, and the lowest growth rate since the whole of 1995, according to NBS data compiled by economic data provider CEIC. It missed a median forecast of 5.3% growth by a Caixin poll of economists.

Investment in real estate development rose 10.3% from a year earlier in the first 10 months, down from 10.5% growth in the first nine months and marking the slowest pace since the whole of 2018, NBS data shows (link in Chinese).

Retail sales, which include spending by governments, businesses and households, grew 7.2% year-on-year (link in Chinese) in the month of October, down from 7.8% growth in the month before and missing a median forecast of an 8% rise in the Caixin poll. The reading is the same as that in April, the lowest since May 2003, when the growth rate was 4.3% amid the deadly outbreak of severe acute respiratory syndrome, better known as SARS.

Value-added industrial output, which measures production at factories, mines and utilities, rose 4.7% year-on-year (link in Chinese) last month, down from 5.8% growth in September and missing a median forecast of 5.2% growth in the Caixin survey.

It is more reasonable to judge the current economy through year-to-date data, as some of October’s economic indicators fluctuated due to short-term factors, NBS spokesperson Liu Aihua said at a press briefing (link in Chinese) on Thursday, without specifying which factors.

A note from economists at Nomura International (Hong Kong) Ltd. estimated that policymakers in China could find ways to further lower funding costs to shore up economic growth, as Beijing announced (link in Chinese) on Wednesday that it will lower the minimum capital requirement ratios for local government investment projects. But amid concerns over rising CPI inflation, policymakers may prefer low-profile easing measures such as injecting liquidity via the central bank’s medium-term lending facility, it said.