By Lin Jinbing and Hu Yue 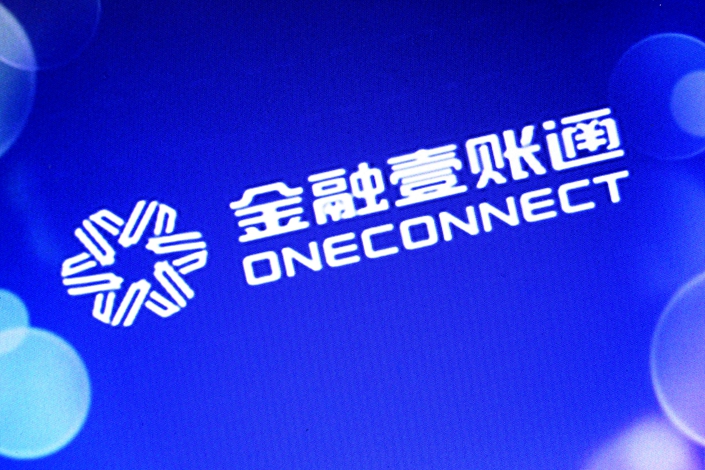 OneConnect announced Nov. 13 that it had submitted an IPO prospectus to the U.S. Securities and Exchange Commission. Photo: IC Photo

OneConnect, which provides technology applications and services for financial institutions in a bid to facilitate their digital transformation, has yet to finalize its fundraising target, according to its filing to the U.S. securities regulator. In April 2018, it completed its Series A financing round at a valuation of $7.5 billion, bringing in 12 investors including Japanese financial giant SBI Holdings Inc.

“We are still in an early stage of development,” OneConnect said in the filing. “We have incurred and will continue to incur substantial expenses to develop and commercialize our solutions, as well as to promote our business.”

Last year, the company’s net loss expanded 96.1% year-on-year to almost 1.2 billion yuan ($173.4 million), according to the filing. In the first three quarters of this year, it posted a net loss of slightly over 1 billion yuan, up 81.2% year-on-year and equivalent to 67.5% of revenue.

Founded in the Cayman Islands in December 2015, OneConnect’s customers include banks and insurance companies in China and Southeast Asian countries such as Thailand, Indonesia and Malaysia.

So far, it has relied on “a limited number of key customers” for generating revenue, the company said in the filing. In the first three quarters of the year, OneConnect’s combined sales to Ping An, as well as Lufax Holding Ltd. and its subsidiaries — another fintech unicorn controlled by Ping An — accounted for 55.5% of the company’s revenue. The percentage is down from 64.7% in 2018 and 70.6% in 2017, however.

OneConnect is one of four tech unicorns — which generally refer to startups valued at over $1 billion — controlled by Ping An, which have caught the eye of renowned investors at home and abroad.

Founded in the southern coastal city of Shenzhen in 1988, Ping An has grown into an insurance-banking-investment giant through years of expansion. For years, it has ranked second among all the Chinese financial companies on the Fortune Global 500 list, behind state-owned banking titan Industrial and Commercial Bank of China Ltd.

In recent years, the conglomerate has ambitiously tapped into the fast-growing tech sector by setting up firms combining technology with financial and health care businesses.

Lufax, initially noted for its online peer-to-peer lending business, has also been seeking an IPO. However, Ping An may consider merging the firm if its listing plans flop, sources told Caixin. Last year, the fintech unicorn completed its Series C financing round at a valuation of $39.4 billion.

Read more
In Depth: Fintech Giant Lufax Has a Plan B if IPO Is No-Go