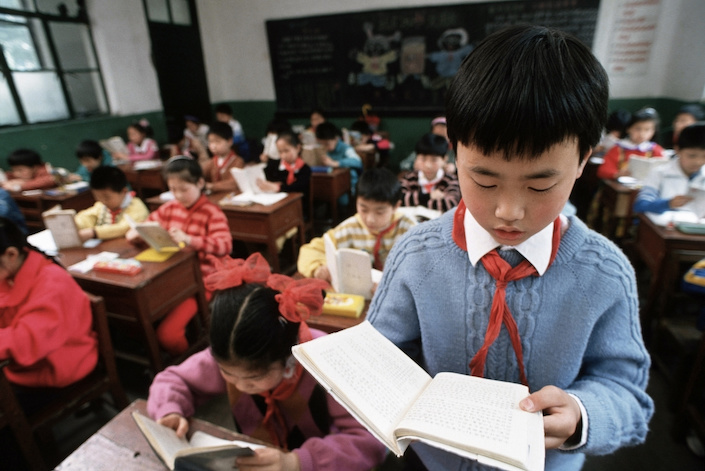 Chinese students should learn about quantum computing, drones, military equipment, artificial intelligence and even gene editing, based on a new national list of book recommendations for elementary, middle and high school libraries issued by the Ministry of Education.

A quarter of the 422-page list of 7,000 books focuses on science, technology, engineering and math (STEM) subjects, though it further breaks down this field into specializations such as agricultural and environmental sciences, industrial technology, transport and logistics, and aerospace.

Among the titles is a book titled “Third-Generation Gene Editor CRISPR,” commonly used DNA-editing technique, which is recommended for kids in middle and elementary schools. It’s among roughly 20 titles on genetic research, a discipline mired in controversy in China after Shenzhen-based scientist He Jiankui shocked the world last year with claims that he had altered the DNA of two human babies.

The list also includes about seven titles on quantum science, 50 entries categorized under “military affairs” and 50 on aerospace. Those totals are dwarfed by 2,200 literary titles, more than 1,000 under “culture, pedagogy, physical education,” more than 700 under history and geography, 300 on industrial technology, and more than 200 on communist ideology and philosophy.

The list is part of a national goal of improving the quality of libraries in elementary and middle schools and developing literary activities for students, the ministry said in a statement. It called on the education departments of all provinces, autonomous regions, tier one municipalities, and the “Xinjiang Production and Construction Corps” to implement rules on school libraries published last year.

Pirated materials and “publications unsuitable for student consumption” are forbidden from libraries, and schooling should amount to at least 40 hours a week, the ministry said.

Earlier this month, the ministry outlined a three-year revamp of the country’s higher education system. The government would draw on China’s highest-level experts to create tens of thousands of courses to improve undergraduate studies.