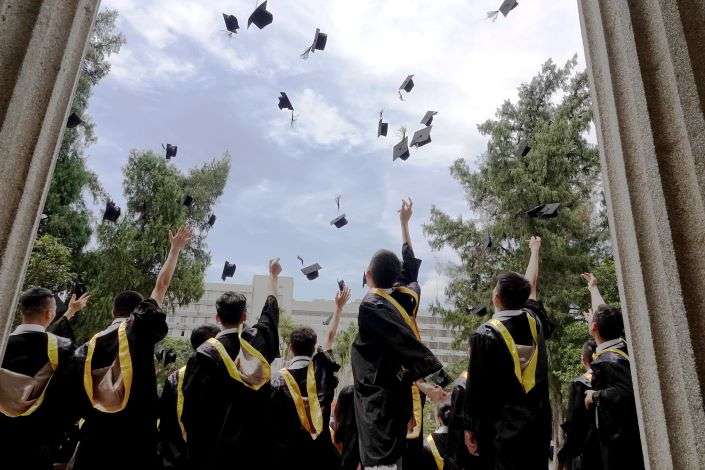 China’s Ministry of Education called for a three-year revamp of the higher education system, aiming to devote vast resources to undergraduate studies, including the expertise of those who are part of the controversial Thousand Talents Program.

By 2021, the ministry wants 10,000 national-level courses and 10,000 provincial-level courses of “top quality,” taught online, offline, via virtual reality and in practical settings, according to a Thursday directive (link in Chinese).

Those courses will be designed by “high level talent” such as scholars of the renowned Chinese academies of sciences and engineering, recipients of the National Science Fund for Distinguished Young Scholars and Chang Jiang Scholars Program fellows. They will also draw on experts from the Thousand Talents Program, a government-backed recruitment project to lure scientific talent from foreign countries to work in China, and a similarly named Ten Thousand Talents Program.

The guidelines also demand that university teaching staff devote time to bachelor’s degree students. In addition to raising their qualifications, professors and associate professors who don’t teach undergraduates for three years will be removed from the system, according to the announcement.

Universities, school presidents and professors who don’t focus on undergraduate studies “are not up to standards,” the ministry said in a statement.

The new courses will be evaluated annually by the Ministry of Education. They must incorporate development of “moral character” as well as integrate “cutting-edge technological development.”

They must also increase the level of difficulty of Chinese bachelor’s programs, notorious for having loose graduation requirements despite an arduous “gaokao” university entrance exam. Under the guidelines, multiple second chances for retaking failed exams and so-called “bird courses” that make for easy credits are getting the ax.

“Students should have to jump in order to reach (their goals),” the ministry said. “(The plan) will make the curriculum more challenging … improve the quality of courses, make teachers stronger, students busier, supervision stricter, results more concrete, and create a world-class undergraduate education system with Chinese characteristics.”

It is not the first time the Ministry of Education has attempted to make bachelor’s degree programs more rigorous. In September 2018, the ministry announced regulations asking universities to cancel make-up exams and come up with stricter graduation requirements. However, to report higher graduation and employment rates to authorities, many universities are incentivized to do the opposite.

Meanwhile, China’s Thousand Talents Program has been mired in controversy both at home and abroad.

The U.S. government alleges that the initiative, designed to use foreign-educated researchers to fulfill Beijing’s broader desire to become a global leader in high-tech areas, encourages intellectual property theft from American institutions.

He Jiankui, the Chinese scientist who claimed last year to have helped create the world’s first genetically edited human babies, participated in the program, as did the CEO of a Chinese startup that said it built China’s first fully homegrown web browser, later revealed to be based on Google Chrome. In May, Emory University in the U.S. fired two Chinese-American researchers for allegedly failing to fully reveal their ties to China. One of the two was a member of the Thousand Talents Program.