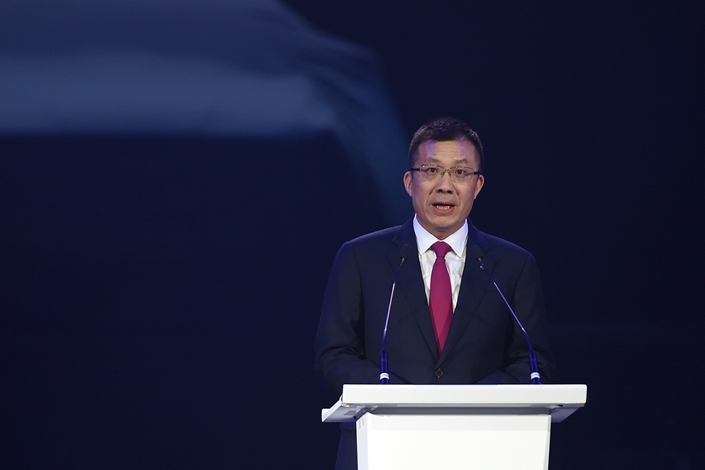 Lack of acceptance among general consumers is creating a difficult market for new-energy vehicles (NEVs) in China, even as a new Beijing policy forces all automakers to achieve set annual sales targets for such vehicles, a top executive said.

NEV sales have fallen sharply since mid-year, following the retirement of most government incentives for buyers of such vehicles. Sales tumbled by nearly half in October, when 75,000 units were sold, following a 34% decline in September.

To encourage the industry’s development in the face of the phase out of such incentives, Beijing has mandated that all car sellers must achieve a set percentage of their total sales from NEVs each year. But such goals could be hard to achieve due to lack of acceptance by the mass consumer market, executives said at the Guangzhou International Automobile Exhibition that officially kicked off on Friday in southern Guangdong province.

Of the nearly 900,000 NEVs sold in China in the first nine months of this year, just over 100,000 went to consumers, said Wang Yongqing, president of General Motors’ Shanghai joint venture, SAIC General Motors Corp. Ltd., speaking at the show. Most of the rest are going to fleet operators, such as city bus and taxi services.

With government pressure on carmakers now the biggest factor driving the sector’s development, the absence of an NEV component to their product lineup means such manufacturers simply “can’t pass through the gate,” Wang said. He added the industry faces several major obstacles, including high battery costs and low resale values, meaning consumers are unlikely to embrace the technology. Under such conditions, it will be “very, very difficult” for the sector to develop, he said.

China often sets aggressive targets for industries it wants to develop like NEVs, which are part of its bid to clean up the country’s air and also create technologies that can be exported. China’s regulator has set a target for 2 million NEVs to be sold each year by 2020. It further aims for NEVs to account for 20% or more of sales by 2025, amounting to 7 million vehicles per year.

But at current levels, NEV sales are likely to hit just over 1 million units this year, or just half the regulator’s target for 2020.

SAIC General Motors has recently rolled out its NEV models Buick Velite 6 and Chevrolet Menlo in China. Wang said the company expects to spend 30 billion yuan ($4.3 billion) on NEVs over the next five years, including electric and hybrids, and to introduce nine models to the market.