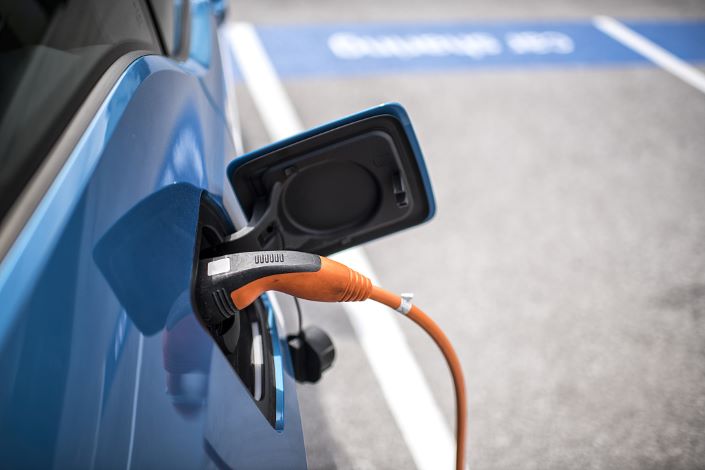 That’s how some executives at a major auto show in South China are describing the task of selling new energy vehicles in China. Beijing is putting huge pressure on the auto industry to sell more such vehicles, mostly electric and hybrids. But consumers just aren’t biting.

Carmakers are racing right now to sell new-energy vehicles, or NEVs, in a bid to conform with new quotas requiring all manufacturers to get certain percentages of their sales from NEVs in the coming years. The problem is that consumer demand just isn’t there yet.

Of the nearly 900,000 NEVs sold in China this year through the end of September, just over 100,000 went to consumers, said Wang Yongqing, president of General Motors’ Shanghai joint venture, speaking at the Guangzhou International Automobile Exhibition in southern Guangdong province. Most of the rest are going to fleet operators, such as city bus and taxi services.

With government pressure on carmakers now the biggest factor driving the sector’s development, the absence of an NEV component means such manufacturers simply “can’t pass through the gate,” Wang said.

The situation at present looks particularly bleak, with the recent scaling back of government incentives for NEV buyers causing sales to plunge. NEV sales reached just 75,000 in October, down by nearly half from a year earlier, following a 34% decline in September.

Wang said the industry faces several major obstacles, including high battery costs and low resale values. Consumers are unlikely to embrace the technology without changes to those parts of the equation, which could make it “very, very difficult” for the sector to develop, he added.