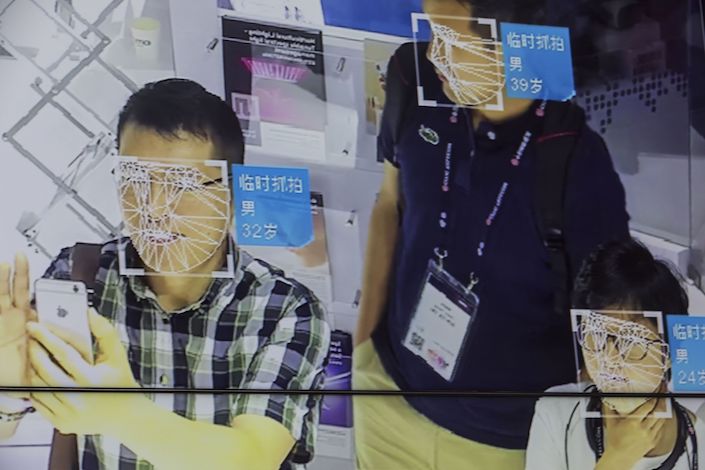 A screen shows facial recognition features of visitors at a Megvii Technologies Ltd booth at the Mobile World Congress in Shanghai. Photo: Bloomberg

Some questions relate to public complaints about whether the company adequately disclosed risks related to U.S. sanctions, the people said, asking not to be identified because the information is private. Megvii, which met with Hong Kong Exchanges & Clearing Ltd.’s listing committee Thursday, will need to address the concerns before it receives formal clearance to go ahead with the share sale, the people said.

A recent online campaign has been encouraging people to send complaints to the listing committee and HKEx Chief Executive Officer Charles Li, lobbying the exchange not to approve Megvii’s listing application. A letter circulated online said Megvii breached the listing rules by failing to make adequate disclosures of sanction risks.

Megvii filed its IPO documents in August. The exchange’s queries aren’t necessarily an indication it will block the listing, and in some previous cases it has allowed a deal to go ahead after receiving a company’s explanations. A representative for Megvii declined to comment.

The IPO could be the unofficial debut on the global stage for China’s artificial intelligence industry. The AI startup is among several Chinese companies that the Trump administration blacklisted over alleged involvement in human rights violations against Muslim minorities in China.

Megvii said it “strongly objects” to the blacklisting and compiles with all regulations in the markets in which it operates.