By Lu Yutong and Wei Yiyang 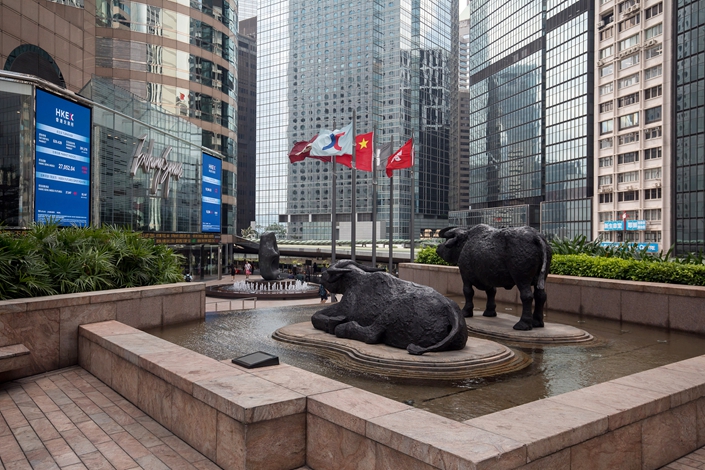 Drug company Alphamab hopes to raise up to $230 million in a Hong Kong IPO in December. Photo: VCG

Cancer drug developer Alphamab Co. Ltd. is the latest money-losing Chinese biotech company planning to list on the Hong Kong Stock Exchange (HKEx), where it hopes to raise HK$1.8 billion ($230 million) with an IPO in December.

The company will join seven other unprofitable biotech firms that listed on the HKEx this year, after the exchange relaxed its rules in 2018 to allow such companies to go public even if they have no record of profit or revenue.

Alphamab, which makes innovative biologics for the treatment of various tumors and gastrointestinal cancers but has no products on the market, is a second-tier player in China’s cancer drug industry, behind companies like BeiGene and Innoventbio. The company began share sales on Thursday and the stock is set to begin trading on Dec. 12.

The company plans to issue 179.4 million shares or 20% of its total equity after expansion, selling 90% internationally and the rest in Hong Kong, according to a prospectus published by the exchange (link in Chinese). It will offer the shares at a price between HK$9.10 and HK$10.20 each.

That would net Alphamab between $209 million and $234 million, and value it at up to $1.17 billion. It will use 75% of the takings on research and development, and spend 15% on facilities, the prospectus said.

According to the prospectus, the company is developing eight cancer drugs, four of which have reached the trial stage, with one in Phase III clinical trials — usually the final phase before drugmakers can begin seeking regulatory approval to sell them.

Seven cornerstone investors have joined the IPO with a total stake of 60%, led by Taikang Life Insurance Co. Ltd. with $30 million, and including Greenwoods Capital Investment LLC, Morgan Stanley and Lake Bleu Capital Hong Kong Ltd. The stake is subject to a 180-day lockup period, a technique meant to control volatility.

Alphamab’s income grew 26% year-on-year to 11 million yuan in the first half of 2019, but it posted a net loss of 58.78 million yuan, down from 100 million the previous period. Government subsidies and bank interest of 2.67 million yuan and 3.6 million yuan respectively kept the company running in the first six months of this year.

“Investors have a particular interest in the health-care sector, especially biotech firms given they usually have a good growth outlook,” said Albert Yu, an analyst at Zhongtai Financial International Ltd., at the time.