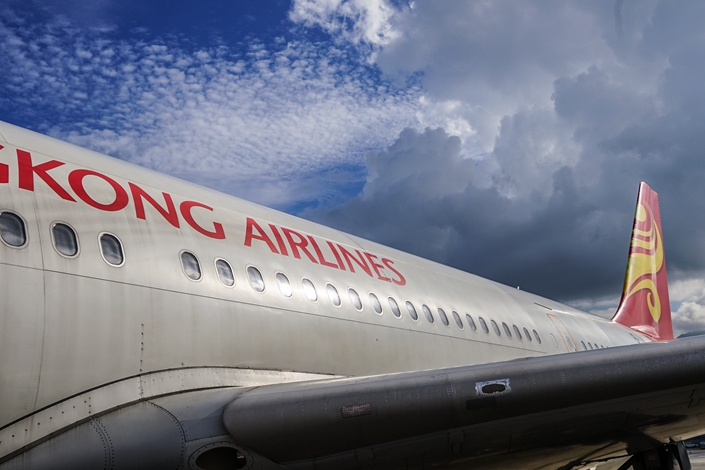 It looks like HNA-backed Hong Kong Airlines Ltd. (HKA) has secured a lifeline just in the nick of time.

Some 4 billion yuan ($569.19 million) in syndicated loans announced this week will be prioritized for resolving the financial difficulties of the 13-year-old airline, whose money problems have been so severe that it is at risk of losing its aviation license, HNA creditors familiar with the matter told Caixin.

On Tuesday, Hainan Airlines Holdings Co. Ltd. announced that its parent HNA Group Co. Ltd., which is a major HKA stakeholder, will receive loans from a consortium of eight major policy and commercial banks on the Chinese mainland. However, the company did not specify which subsidiary it planned to spend the money on, only saying in a statement that the latest loans will be used to pay operating expenses such jet fuel, aviation materials, take-off and landing fees, staff salaries and aircraft rental fees for HNA Airlines and its affiliated airlines.

The Air Transport Licensing Authority (ATLA), Hong Kong’s aviation authority, said on Monday that HKA’s financial situation “had not significantly improved,” and authorities “urged the management team to resolve the financial problems pragmatically as a matter of urgency.”

“HKA must, by a deadline, ensure cash injection at a level determined by ATLA (or provide an alternative to the satisfaction of ATLA), and raise and maintain its cash and cash equivalent level as stipulated by ATLA,” the regulator said in a press release. “If HKA fails to improve its financial situation as required by ATLA by the deadline, ATLA will take further actions … which provides for revocation or suspension of license.”

The ATLA said it will make its decision about HKA’s license by Saturday.

Founded in 2006, HKA is the only local competitor to Hong Kong-based airline giant Cathay Pacific Group. The HNA-backed airline had been struggling with financial sustainability in the past few years after a wave of senior executive departures in 2018, as well as a fight over control among several big shareholders this year.