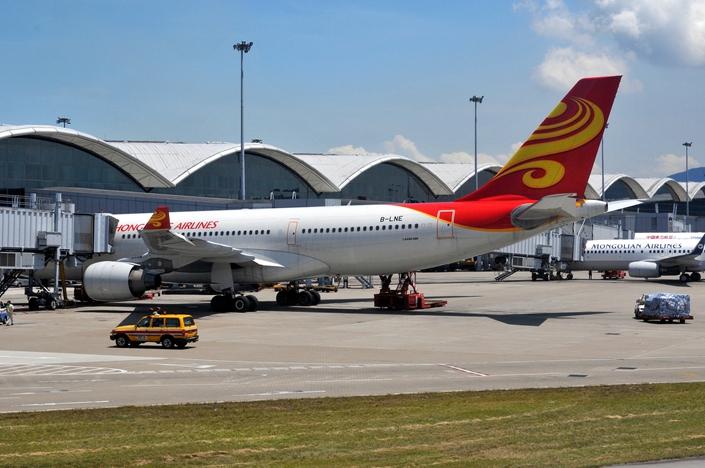 Embattled Hong Kong Airlines Ltd. (HKA) has received a reprieve from its local aviation authority, which had previously threatened to take action after the low-cost carrier displayed signs of financial distress.

The Friday reprieve announced by the Hong Kong Civil Aviation Department (CAD) came around the same time a key investor secured a new bank loan to help the struggling airline, a knowledgeable source previously told Caixin. The airline was rumored to be facing financial difficulties early this year, and issued a statement at that time saying it was working to fix issues related to its financial structure.

Pressures on HKA may have mounted in recent months as tourism to the former British colony plummeted amid more than half a year of anti-government protests, some violent, that have scared away visitors.

In its Friday statement, the CAD said that after considering HKA’s latest operating situation it “decided not to take further action against HKA’s air operator’s certificate for the time being.”

“Having examined HKA’s representation and considered factors including the results of our inspections of HKA lately and the relevant inspection track record, the CAD has been satisfied that HKA is able to continue to operate properly and safely,” a department spokesman said. “Nevertheless, the CAD will continue to closely monitor HKA’s operation and take decisive actions should HKA (be) found unable to operate in accordance with the Air Navigation (Hong Kong) Order 1995.”

The CAD gave its reprieve just five days after issuing a warning to the airline to improve its situation or risk “follow-up actions.” The regulator expressed specific concerns about the airline’s difficulties paying employee salaries, and said it “decided to attach new conditions to HKA’s license.”

Hong Kong Airlines is one of the city’s youngest air carriers, carving out a niche for itself as a low-cost airline as it competes with older incumbents Cathay Pacific and Cathay’s Dragon affiliate.

While the carrier has struggled with its own problems, Hong Kong has also been hit in recent months by plunging visitor numbers due to unrest in a city that is one of Asia’s most popular tourist destinations. The number of visitors to the city tumbled 44% in October to 3.3 million, led by a 46% plunge in Chinese mainland visitors who account for more than two-thirds of the total, according to the Hong Kong Tourism Board.

In its latest quarterly report, Cathay Pacific said passenger volume for it and Cathay Dragon fell 7.1% in October, and cargo volume fell 4.9% year-on-year.

Amid its struggles, one of Hong Kong Airlines’ main backers has stepped in to supply much-needed funding to help the company’s finances. That development saw HKA-backer HNA Group Co. secure 4 billion yuan ($570 million) in syndicated loans last week, with the funds being prioritized for resolving the financial difficulties of the 13-year-old airline, HNA creditors familiar with the matter told Caixin.