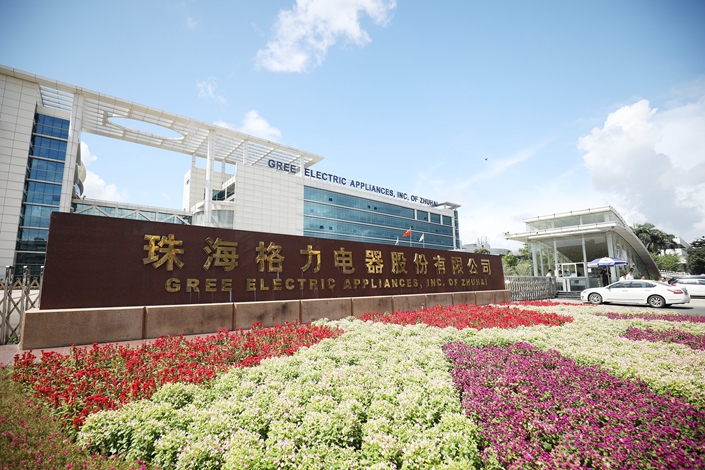 The hammer has fallen on Gree Electric’s equity transfer. On Dec. 2, Zhuhai Mingjun Investment Partnership signed a share transfer agreement with the world’s largest air conditioning enterprise, Gree Electric. Zhuhai Mingjun and other parties also signed cooperation agreements with an enterprise established by the Gree Electric management, which gave a substantial concession to the Gree Chairwoman and President Dong Mingzhu and the management team. The share transfer agreement was reached, and it seems that all parties involved have won. The highlight of the agreement is that it fully embodies the value of entrepreneurs and management. This case has important implications for promoting the “hybrid reform” of state-owned enterprises and for improving the governance of listed companies.

The Gree share transfer agreement could not have been achieved without the long-term vision and open-minded attitude of the local government. Over the years, Gree Group, which is wholly owned by the Zhuhai State-Owned Assets Supervision and Administration Commission (SASAC) in South China’s Guangdong province, has been reducing its shareholding in Gree Electric. This time, it has further ceded controlling shares and introduced social capital. Like other leading enterprises, Gree Electric plays an important role in local economic and social development. However, many local governments prefer to watch enterprises decline rather than give up control. In contrast, Zhuhai’s approach is particularly enlightened, with steps taken for the sake of the development of the enterprise and for the good of local development. For other local governments, Zhuhai serves as an example: when it comes to enterprises, we must be open-minded. Opening-up is actually the biggest support.

In the course of share reform, Zhuhai SASAC said that it has been unable to provide Gree with the strategic resources to be able to adapt to future competition and that there is no other way to inject more market-oriented systems and mechanisms. This is not a modest statement. In the past, it has been difficult for major state-owned shareholders to restrain the impulse of intervening in Gree’s management, and the two sides have had conflicts over personnel and branding. In the case of the “ceiling” in the domestic air conditioning market, the equity structure previously controlled by state-owned enterprises has affected the decision-making efficiency of Gree Electric, with insufficient diversification and development, and limited overseas investment. The corporate governance structure and development model needed urgent change.

Letting go is not simply giving up control. The agreement highlights the value of entrepreneurs. In today’s market economy, the equity structure of Gree Electric, a leading enterprise in the industry, is mostly scattered. This situation is inevitable, and easily attracts a hostile takeover. Entrepreneurs and management teams become the core assets of enterprises and must be cherished. SASAC also recognized the importance of the existing management structure. The resulting stock transfer reflects this point. The management team has won greater autonomy and realized its long-term dream. Only by fully respecting the value of entrepreneurs and by maintaining the stability of the core management team can the enterprise be stable amid fierce market competition.

With the continuous social and production development, corporate governance structures have also changed. Proper separation of ownership and management rights has long been the norm in modern enterprises; because the interests of agents and principals are not always consistent, the owners of enterprises will implement various forms of incentives, such as giving equity to management. In contrast, due to being subjected to the state-owned system, Gree Electric’s equity incentive system has long been difficult to achieve. The share reform agreement clearly promotes equity incentives for management and key employees under certain limits. It is worth noting that, unlike Vanke, where state-owned enterprises are still the major shareholders after the equity transfer, Gree will become a noncontrolling shareholder and actual controller. Management has a greater voice and can prevent hostile takeovers to avoid disrupting normal business operations. However, it should also be noted that many incentive tools in mature markets are still lacking in China. The development of China’s capital market still has a long way to go.

After the completion of the share transfer, Gree Electric will have changed from a state-owned holding to a company with a diversified equity structure. The interests of the management are deeply bound to the listed companies, which is an improvement in the corporate governance structure. However, there are also concerns that the management represented by Dong Mingzhu lacks the checks and balances of major shareholders, which could lead to disadvantages such as insider control. It should be said that this risk exists. However, as a listed company, Gree Electric’s rules and regulations are improving day by day, internal and external supervision of the enterprise is strengthening, especially with pressure from industry competition and capital markets, which alleviate the risk of insider control. It can be said that no one wants Gree to last more than they do. Of course, how to give full play to the role of the excellent management team while strengthening checks and balances and improving corporate governance will be the top priority for Gree in the future. The public hopes that the management team will break through the bottleneck and step to a new level of development.

It is reasonable to say that the equity transfer should mainly follow business logic and should not be overly political or ideological. However, things are often unreasonably complicated. Management buyouts are beneficial attempts for state-owned enterprise reform, but have been put on hold due to the meaningless argument over “losing state-owned assts.” The stock transfer of Gree Electric has not faced this debate, which shows progress. However, there are still rumors surrounding the “background” of the transfer, which is largely a misunderstanding of the market and reflects the helplessness of the management team. The decision-making level encourages Gree to make greater contributions to the development of the real economy, instead of taking sides in the equity transfer deal.

Entrepreneurs are different from regular managers. Their talents are mainly reflected in grasping opportunities and taking risks in dealing with the uncertain future. Only with a continuous emergence of excellent entrepreneurs can enterprises surpass each other. If China wants to move toward high-quality development and build an innovative country, entrepreneurship is the scarcest resource. Under the current pressure of maintaining 6% economic growth, the Gree Electric deal can serve as a practical example in how it fully reflects the value of entrepreneurs.