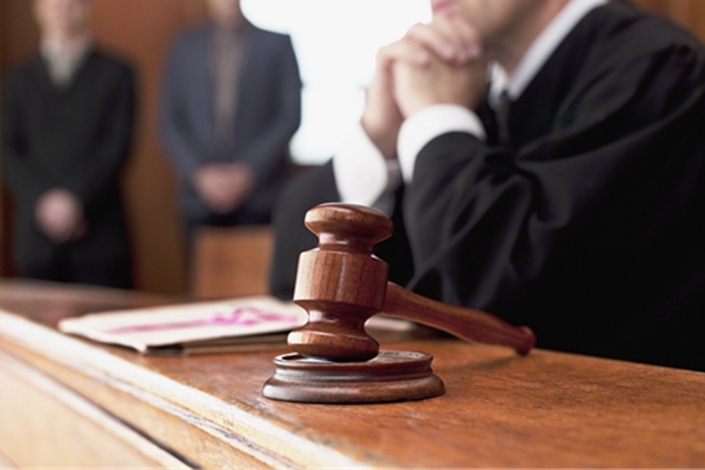 With only one judge on duty, the WTO Appellate Body has been effectively paralyzed. Photo: VCG

The World Trade Organization is in crisis. The institution’s Appellate Body, which functions as the ultimate arbiter of global trade disputes, has been effectively shut down this week, as it now has fewer than the minimum number of three judges. This emergency has been caused by the U.S.’s persistent refusal over the last two years to consider any new candidates.

But why exactly is the U.S. so determined to block the way?

The Appellate Body is designed to be composed of seven judges who are appointed by the Dispute Settlement Body to serve for up to two four-year terms. This year, only three judges have served on the panel, including Zhao Hong from China, Ujal Singh Bhatia from India and Thomas Graham from the United States. But Bhatia and Graham reached their term limits and stepped down on Dec. 10.

With only one judge on duty, the Appellate Body has been effectively paralyzed and cannot carry out the WTO’s most important role — ruling on disputes among its 164 members.

Leading up to this impasse, it’s been hard to understand why Washington has been blocking any new appointments. The Dispute Settlement Body selects judges based on consensus among WTO members, so if the U.S. refuses to cooperate, the process cannot go on.

U.S. officials have racked up 20 wins in their challenges to Chinese trade practices since the first U.S. case against China in 2004, the Washington-based Peterson Institute for International Economics (PIIE) said in a blog post.

According to PIIE, Washington has never lost to Beijing in a WTO dispute that it brought. In the 23 cases against China the U.S. has filed, nine were settled via consultation and 11 rulings favored the U.S., with three cases still pending. In contrast, of the 16 cases China has brought against Washington, only five were ruled in Beijing’s favor.

If it’s not about winning or losing, then why block judge appointments? It looks like Washington is extremely unhappy about the appellate body’s track record. In a 2018 report, the Office of the U.S. Trade Representative, the country’s top trade negotiation body, accused the WTO on many accounts, including failing to meet a 90-day deadline to rule on cases, allowing judges to serve beyond their terms and intentionally prolonging cases to garner more legal fees.

There is also speculation that it may be related to a grudge held by the current trade representative, Robert Lighthizer. Back in 2003, Lighthizer was nominated to become an Appellate Body judge, but the WTO chose another candidate.

Lighthizer expressed concerns that U.S. demands for reform of the Appellate Body “have been ignored” in an April U.S. Senate hearing. He said the Appellate Body has attacked U.S. countervailing duty laws, interpreted WTO rules in a manner that puts the American tax system at an unfair and illogical disadvantage, and interfered with the appropriations process by limiting the U.S. Congress’s ability to spend money collected through antidumping and countervailing duties.

“Why should any country negotiate with the United States if it believes it can obtain whatever outcome it wants by suing us?” He testified, “The administration is aggressively addressing each of these problems.” Clearly, blocking the proper functioning of the Appellate Body is one such “aggressive” approach to push for his intended reform agenda.

The WTO’s leadership is very much aware of the U.S. challenge. WTO Deputy Director-General Alan Wolff said in a speech to a think tank in Beijing last month that “the dissatisfaction of the United States with the WTO dispute settlement system has been a smoldering resentment that finally led to action.” And the collapse of the system would leave international trade rules nothing more than the “law of the jungle,” WTO Director-General Roberto Azevêdo warned. “Investors will pull back, the economy will lose steam and jobs will be lost — millions of jobs will be lost,” Azevêdo said.