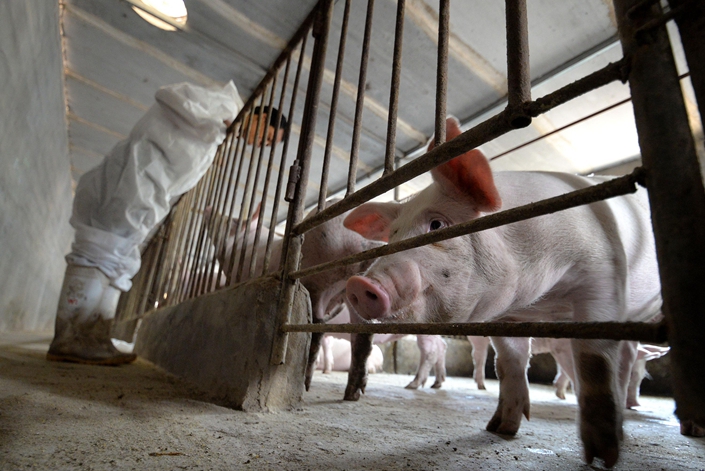 One of China’s leading pig breeders has announced a major expansion involving more than $1 billion in new investment, as consolidation picks up in a sector ravaged over the past year by an outbreak of African swine fever.

Muyuan Foods Co. Ltd. is setting up 19 new subsidiaries in Anhui, Shandong, Jiangsu, Hebei and Hubei provinces, the company said in two separate announcements, one issued late Tuesday and the other a week earlier. At the same time, Muyuan said in the pair of announcements it will set up four joint ventures with Huaneng Guicheng Trust to support the new expansion partly by providing capital to Muyuan’s subsidiaries.

The two joint ventures announced in the latest statement will have combined registered capital of 7.2 billion yuan ($1 billion), with Muyuan providing 3.7 billion yuan for a roughly 51.4% stake in each. In the earlier announcement Muyuan said it would set up another two new joint ventures. All will also be used to support 12 of Muyuan’s subsidiaries, providing them with a net cash infusion of about 5.4 billion yuan.

The major expansion comes as China shows early signs of starting to recover from a swine fever outbreak that has decimated the industry for more than a year. China’s pig herd grew by 2% in November compared with the previous month, marking the first such increase in a year, Reuters reported this week, citing agriculture ministry data.

The positive turn came after earlier data showed the size of China’s pork herd was down 41% by October when compared with a year earlier. Plunging supplies have led to a spike in prices, with pork prices more than doubling in November from a year earlier, driving China’s over inflation to a nearly eight-year high, according to CPI data released earlier this week.

The devastation has driven many smaller producers out of the sector, paving the way for major players like Muyuan to boost their position with new investment as the industry starts to recover.

One of the biggest players is Wens Foodstuff Group Co. Ltd., which said in the first half of the year that it controlled about 10% of the market with an annual output target of 70 million hogs — up sharply from 2018 when it sold 22.3 million pigs to account for about 3.2% of the market.

In addition to the big established players, some internet companies have also been getting into the sector. Gaming giant NetEase Inc. and the city of Shaoxing in East China’s Zhejiang province signed a cooperation agreement in September for a venture that could raise up to 670,000 pigs annually. E-commerce giant JD.com Inc. is also cooperating with pig breeders to explore the use of artificial intelligence in the industry.