Professor Dismissed After Student Accuses Him of Sexual Harassment 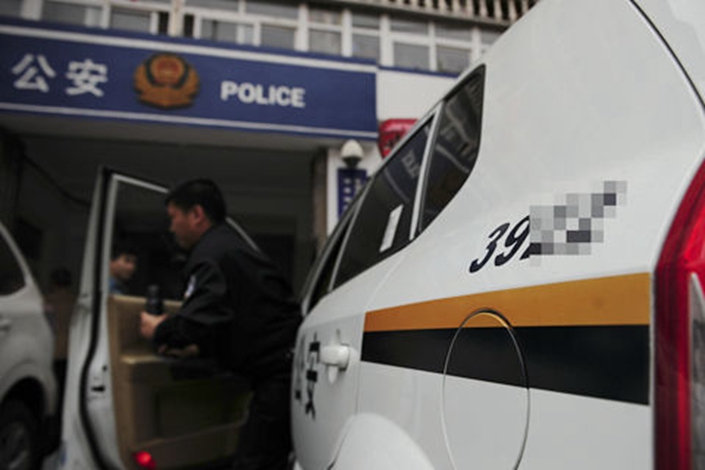 A Shanghai university professor has been dismissed from his post three days after one of his students publicly accused him of sexual assault.

On Friday, a 28-year-old finance professional and graduate student at the Shanghai University of Finance and Economics (SUFE) published a lengthy social media post (link in Chinese) under the pseudonym Xiao Wen. Xiao, whom Caixin has since interviewed in person, accused 55-year-old associate professor Qian Fengsheng, of the university’s School of Accountancy, of physically assaulting her last month after sending her multiple inappropriate messages. The case has been reported to the police, the post said.

On Monday, SUFE, which is one of China’s top business schools, said in a statement (link in Chinese) on its official Weibo microblog that Qian had been dismissed from his position and stripped of his professional qualifications. It said an internal investigation found he had “severely violated his professional ethics as a teacher” and “had an extremely pernicious effect on society.”

Such allegations against another Chinese scholar at a high-profile institution have rekindled a public outcry over widespread harassment on university campuses and highlighted the country’s embattled anti-sexual abuse movement.

According to Xiao’s social media post, Qian added her on WeChat following a class in September and began sending her messages regularly. The post contains screenshots of a purported conversation with Qian dated Sept. 29 in which he comments on her fair complexion, advises her to “find a boyfriend quickly,” and asks when he could sample her cooking.

Over time, Qian’s messages seemingly became more direct. Another screenshot purports to show chat records from Oct. 12 in which he tells Xiao: “You’re very cute. So pure and innocent. I like that.” Further screenshots taken over the following weeks seem to show Qian repeatedly telling Xiao that he “likes” her and calling her by various terms of endearment.

Xiao alleges that Qian physically assaulted her at around 9:40 p.m. on the evening of Nov. 16. She claims she lingered after class that day to ask Qian a question, but Qian, citing the late hour, offered to answer the query while driving her to the campus gate. Xiao alleges that after getting into the car, Qian pulled over in a secluded spot, turned off the ignition, locked the doors, and forcibly embraced her.

Xiao says that after Qian released her she was able to surreptitiously take out her phone and record their conversation. A copy of the audio that Xiao shared with Caixin includes the voice of a woman purporting to be Xiao expressing distress at the behavior of a male companion and reminding him that he has a family. In response, a man’s voice says, “Then see me as a family member, OK? As a family member; an older brother. See me as a lover.”

“Did you just want to sleep with me?” the woman asks twice, before breaking into sobs. The man replies: “You mustn’t think of it like that. People my age can’t do that so easily. I just thought you were such a lovely girl … and felt this urge to look after you. But then, little by little, I started wanting to make you happier.”

Xiao told Caixin in a face-to-face interview and follow-up WeChat conversations that the incident left her distressed and prone to outbursts of crying. Late last month, she was diagnosed with post-traumatic stress disorder and depression. She has not attended college since the alleged incident took place.

A lawyer for Xiao told Caixin Global on Tuesday they welcomed the news of Qian’s dismissal and were awaiting the conclusion of the police investigation. When Caixin contacted Qian by phone for comment, he hung up the receiver without speaking. Further attempts to contact him via WeChat and voicemail were unsuccessful.

Liu Minghui, a law professor at China Women’s University in Beijing, told Caixin that if Xiao’s claims were true, “locking the car door and forcibly touching sexually sensitive parts of her body are serious actions that go beyond what constitutes sexual harassment.”

Sexual harassment is rife on Chinese university campuses. A 2017 survey of 6,500 of the country’s students by the Guangzhou Gender and Sexuality Education Center found that nearly 70% of respondents had experienced sexual harassment at some point, 10% of whom said the perpetrators were teachers or supervisors.

For years, the issue went largely underreported, due primarily to a pervasive culture of silence, flimsy reporting mechanisms and official disinterest.

In recent years, partly inspired by the #MeToo and Time’s Up campaigns, Chinese women have increasingly gone public with accusations of sexual misconduct against influential men. On Jan. 1, 2018 — the day the Time’s Up movement was formally established — Luo Xixi, a former student at Beihang University in Beijing, launched China’s first widely shared #MeToo campaign when she accused her former doctoral advisor, Chen Xiaowu, of attempted rape 12 years before. Chen denied the allegations.

Luo’s story quickly went viral and prompted a wave of similar accusations from other women. But China’s #MeToo movement has since lost some of its momentum, largely due to long-running legal battles and official attempts to scrub discussion of the hashtag — and its Chinese counterpart, which translates as “Rice Bunny” — from the internet. To date, few of the allegations have resulted in convictions.

Longtime women’s rights lawyer Wan Miaoyan told Caixin she believed that the evidence in Xiao’s possession could be used to prove that Qian abused his professional authority to harass women, and that his actions may constitute assault.

According to Caixin research, Qian has taught at SUFE since 1986 and has held a number of influential roles in the accountancy faculty. He is also an independent nonexecutive director of a number of listed companies, including China National Building Material Co. Ltd., Northeast Electric Development Co. Ltd., Shanghai Hanbell Precise Machinery Co. Ltd., and Shanghai Tofflon Science & Technology Co. Ltd.