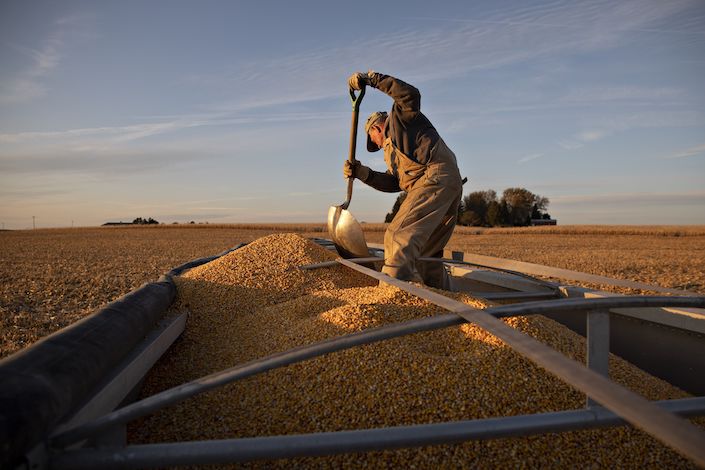 The Dec. 15 deadline for new tariffs is just one of a number of events this week putting concerns over trade back on the front burner for investors and policymakers around the world.

Besides the talks with China, the Trump administration this week also worked out an agreement with Democrats for a new NAFTA to pass through Congress. The World Trade Organization’s dispute system, meanwhile, faces paralysis with a U.S. boycott of new judges set to leave its appellate body without enough adjudicators to hear cases come Wednesday.

“We have a deadline coming up on Dec. 15 for another tranche of tariffs,” Perdue said Monday at a conference in Indianapolis. “I do not believe those will be implemented, and I think we may see some backing away.”

American and Chinese negotiators have signaled that they may be drawing closer to agreeing on phase one of a broader accord that would resolve the trade dispute, with the sides in almost “around-the-clock” talks, White House economic adviser Larry Kudlow said.

Still, U.S. President Donald Trump has said he wouldn’t mind if it took until after the 2020 U.S. election and that the threatened Dec. 15 tariff increase on goods including toys, laptops and smartphones would proceed if the negotiations failed to yield a deal he likes.

In a procedural step that may also signal that a broader trade agreement with the U.S. is drawing closer, China’s Finance Ministry said Friday it’s in the process of waiving retaliatory tariffs on imports of U.S. pork and soy by domestic companies.

Also, private Chinese crushers are back in the market for U.S. soybeans, with the nation granting waivers on as much as 2 million metric tons of the oilseed to private buyers, according to people who asked not to be identified because the information is private. State-owned companies are excluded from the process, they said. The waivers allow purchasers to bring in the beans without incurring retaliatory duties.

“I don’t think the president wants to implement these new tariffs, but there’s got to be some movement on their part to encourage him not to do that, and hopefully the signal that they sent over soy and pork reduction might be that signal in that way,” Perdue said.

Among the issues negotiators are dealing with is the enforceability of contracts, Perdue said.

“The challenge is, we are used to dealing in contracts here, we are using to fulling contracts, one party contracts with another and we fulfill that, we have arbitration when that doesn’t happen,” he said. “Between nations there’s not a lot of arbitration, and that’s the challenge. If China signs a deal and a contract, what are the enforceability measures of that? That’s really what we are dealing with right now.”

“We hope that the two sides will advance the negotiations and consultations in accordance with the principles of equality and mutual respect, take into account each other’s core concerns and achieve satisfactory results as soon as possible,“ said Ren, who isn’t involved in the talks with the U.S.