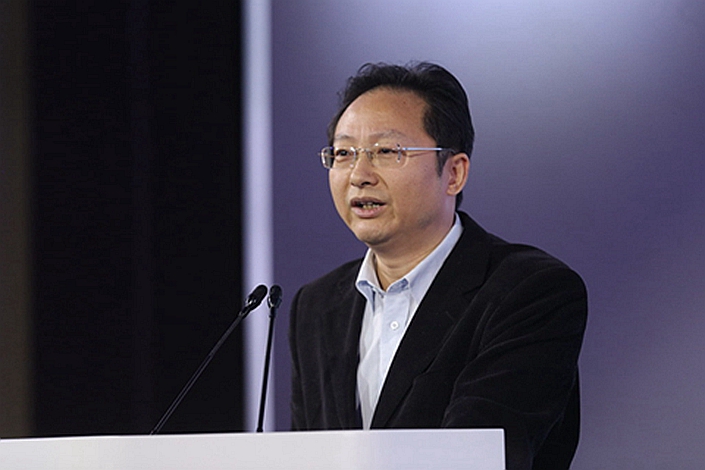 A veteran financial technocrat looks likely to become the head of a newly created technology oversight entity at the country’s securities regulator, Caixin has learned.

Yao Qian, currently general manager of China Securities Depository and Clearing Corp. Ltd. (CSDC), a state-owned financial institution that provides securities registration and settlement services, has been selected to head a department under the China Securities Regulatory Commission (CSRC), a source familiar with the matter said on condition of anonymity.

Yao may be appointed to lead a department focused specifically on technology regulation that the regulator is preparing to set up, the source suggested.

China’s regulators have been paying increasing attention to so-called fintech as innovations like digital currency disrupt the financial industry. The People’s Bank of China (PBOC) issued a fintech development plan in August, outlining its plans for the next three years to set guidelines and ensure risks stemming from tech-driven financial innovation are kept under control. Last year, the CSRC issued a plan (link in Chinese) to develop parallel regulatory technology, vowing to use big data, cloud computing and artificial intelligence in its efforts to supervise the industry.

Yao’s appointment has not yet been formally confirmed. CSRC employees are able to provide input on the move until Wednesday, the source said.

Yao joined the CSRC in 1997, and held positions including deputy head of the computer administration department of its information center. He moved to CSDC in 2002 before being transferred to the PBOC in 2010, where he spent eight years. He worked his way up to become the first head of the central bank’s digital currency research institution from 2017 to 2018 before being sent back to CSDC as its general manager in September 2018.

Yao holds a doctorate in engineering and is outspoken on fintech topics, often giving speeches and publishing articles on digital currency and blockchain. In an article (link in Chinese) published last year in Comparative Studies, a Caixin Media magazine, he argued that digital currency must be backed by central bank credit. He also called for an investigation of a centrally backed digital currency to include research on “quantum money,” a concept that involves using quantum superposition to combat forgery.

This story has been updated to clarify that Yao Qian held several positions after joining the CSRC in 1997, including deputy head of the computer administration department of its information center.