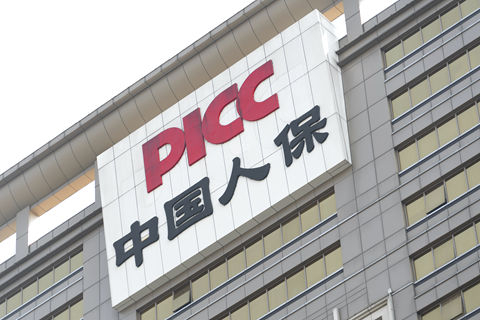 Several mutual funds with exposure to Peking University Founder Group Co.’s bonds plunged after Founder defaulted last week on a 2 billion yuan ($285 million) bond. Meanwhile, as a deadline for repaying investors drew near, Founder’s largest shareholder made a move that could affects the company’s ability to resolve the crisis.

PICC Asset Management Co., which manages several bond mutual funds with exposure to Founder’s bonds, said it will lower its funds’ valuation based on prices quoted by China Central Depository & Clearing Co. Ltd. (CCDC). The value of Founder’s defaulted bond plunged more than 70% Dec. 3, the day after the Chinese industry and investment conglomerate failed to repay it, according to CCDC. The value of Founder’s other bonds also took a hit.

With four days left in a 15 business-day grace period for repaying investors, it’s not clear whether Founder will be able to raise enough cash to do so as it pledged. Meanwhile, Beijing Peking University Asset Management Co., which holds 70% of Founder Group, unilaterally said Tuesday it will take over Founder’s real estate unit.

PKU Resource Group, the real estate operation, is 40% owned by Beijing Peking University Asset Management and 30% by Founder. As of the end of 2018, it had 72.6 billion yuan of real estate investment and inventory. Founder had 14.9 billion yuan of accounts receivable from the unit, according to a public letter issued by Beijing Zhaorun Investment Management Co, Founder’s second-largest shareholder.

Several of Founder’s bondholders voiced concerns after seeing the letter.

“We are worried that Founder’s shareholders are trying to divest the more profitable real estate unit, which will hurt creditors,” a bondholder told Caixin.

As for PICC’s bond mutual funds, one of Founder’s other outstanding bonds was the biggest holding in three fund portfolios, accounting for 8.31% of the funds’ total investment of 552 million yuan, according to PICC’s third-quarter financial report. On Dec. 3, the net value of the three PICC funds plunged by 5% to more than 7%, recording the biggest declines among all bond mutual funds.

PICC’s other bond mutual funds also experienced sharp declines. As the company’s third-quarter report listed only the top 10 holdings in the funds, it’s not clear whether the other funds also held Founder bonds.

Several brokerages including Shenwan Hongyuan Securities and China Galaxy Securities also have large holdings in Founder’s bonds. Caixin learned that the brokerages are negotiating with investors regarding investment losses.