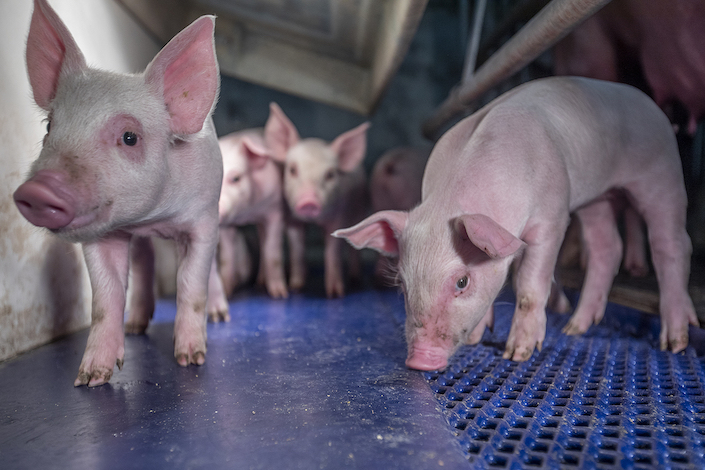 As investment in the industry rebounds, the disparity between large and small producers will only widen, an executive said. Photo: VCG

Small pig breeders might end up the next victim of African swine fever in China.

Costly upgrades to production facilities may force small breeders out of the business, an industry executive said, as the sector seeks to recover from a deadly outbreak of the disease that led to the deaths of one-third of the country’s hogs.

In the wake of the outbreak, the industry is changing as many hog breeders upgrade their production facilities. “The traditional free-range style of breeding has transformed into centralized and enclosed farming, with facilities getting equipped with air filters in an effort to halt the spread of disease,” said Qin Yinglin, head of Muyuan Foods, at an industry conference on Saturday.

However, the upgrades have squeezed profits industrywide, which will hurt smaller-scale producers whose incomes may not be able to withstand the hit in the wake the outbreak, which left many mired in debt due to insufficient government subsidies and unreliable insurance policies.

In one case, a breeder in East China’s Shandong province ended up with crushing debts from banks and predatory lenders after he received lower-than-promised compensation from his insurance company and nothing from the local government. His situation isn’t unusual in China. Indeed, six pig breeders in the aforementioned breeder’s county have been listed as debt defaulters.

Muyuan Foods, one of China’s largest pig breeders, has embarked on a $1 billion expansion to establish as many as 19 new subsidiaries in a bid to boost its position as the industry starts to recover.

As investment in the industry rebounds, the disparity between large and small producers will only widen as large corporate breeders will have higher revenues thanks to their advanced production facilities, Qin said. Meanwhile, more smaller hog breeders may have to withdraw from the business in the future because they can’t afford the additional costs.