By Xue Xiaoli and Denise Jia 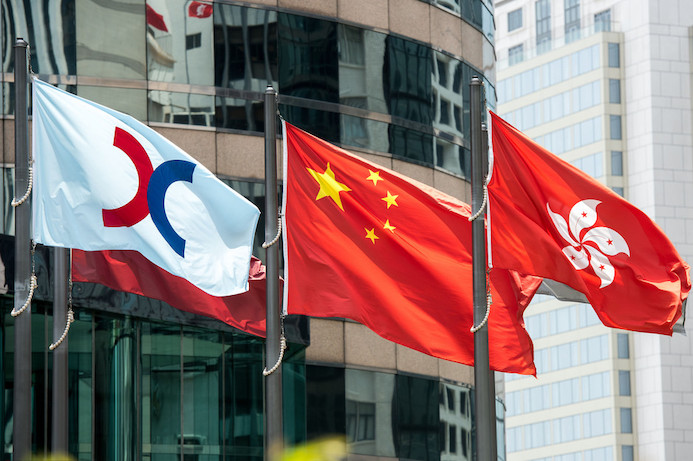 Hong Kong IPO market was boosted in 2019 by blockbuster listings such as Alibaba Group Holding and Anheuser-Busch InBev. Photo: VCG

Hong Kong remains the world’s top destination for initial public offerings (IPOs), mainly boosted by listings of mainland companies, even though the market was significantly dampened by seven months of social unrest.

The total of IPOs expected on the Hong Kong market this year is expected to reach 159, down 22% from 2018, raising total proceeds of HK$310.5 billion ($39.86 billion), an increase of 8% from last year and ranking No. 1 globally, according to a report Tuesday by global consulting group Ernst & Young, also known as EY.

Most of the Hong Kong listings occurred in the second half, contributing nearly 80% of the city’s total IPO proceeds this year, benefited by blockbuster listings such as Alibaba Group Holding and Anheuser-Busch InBev.

More than 60% of Hong Kong IPOs came from the mainland, compared with 44% in 2018. Mainland companies raised 76% of the total proceeds, down from 95% last year, the report shows.

But only 15 companies were listed on the HKEx’s Growth Enterprise Market (GEM), accounting for 9% of the exchange’s total IPOs, the lowest since 2011. These companies raised HK$1 billion, down 80% from 2018. The GEM has lower listing eligibility criteria compared with the main board, serving the needs of small and mid-sized issuers. But a recent revision of GEM listing rules made the minimum requirement close to that of the main board, making it less appealing, the report said.

Even though the number of IPOs remained robust, pricing was relatively conservative. More than half of the IPOs were priced at the low end of their price range and just 13% were priced at the high end. The average return on debut stocks was 8%, down 8% from last year, according to the report.

Globally, trade tensions, pessimistic sentiment and persistent geopolitical uncertainties led to a tepid year for IPOs. The total number of IPOs is expected to decline 19% to 1,115 in 2019, and total proceeds are expected to drop by 4% to $198 billion. If not boosted by the blockbuster offerings of Alibaba and Saudi Arabian Oil Co. in the fourth quarter, the decline could have been deeper.

China’s A-share market was another highlight in the otherwise muted global IPO market, boosted by the launch of China’s STAR Market, the Nasdaq-style high-tech board of the Shanghai Stock Exchange.

EY projected that China’s A-share IPOs will remain robust in 2020 with a large number of companies in the pipeline. China’s lead in commercialization of 5G technology will also bring more high-tech IPOs, the report said.