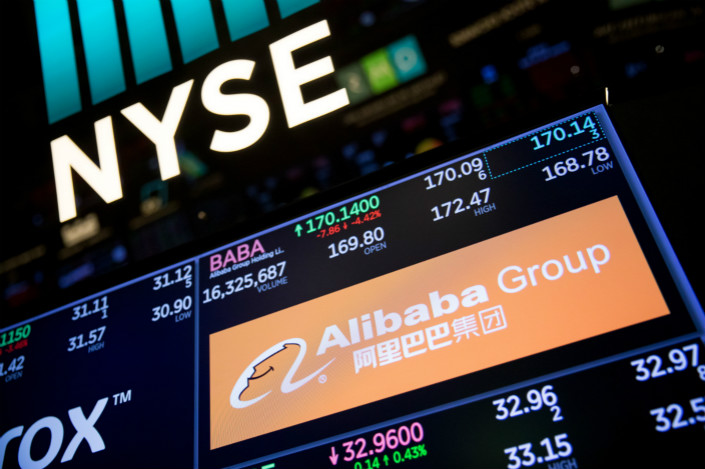 The move reflects strong demand from investors for the offering nearly five years after the Chinese e-commerce giant’s New York debut. Alibaba is already one of the world’s most valuable companies, with a market capitalization of nearly $500 billion.

Alibaba stopped taking orders from institutional investors for its planned $13.4 billion listing in Hong Kong by noon Tuesday Eastern Standard Time, half a day earlier than originally planned after a multi-fold over-subscription, sources said. Alibaba didn’t response to a Caixin request for comment.

A person close to the deal said the offering tranche designated for retail investors was four times oversubscribed while the part for institutional investors also received better-than-average subscription.

The e-commerce giant plans to offer 500 million ordinary shares, including 12.5 million for retail investors, at no more than HK$188 ($24.01), according to the offering prospectus released last week. China International Capital Corp. and Credit Suisse Group AG are sponsors.

The pricing of Alibaba’s Hong Kong shares won’t come at a huge discount to its U.S.-traded stock to minimize the opportunity for arbitrage, a senior banker directly involved in the listing told Caixin last week on condition of anonymity.

Alibaba won approval from Hong Kong regulators for the offering last week, targeting a Nov. 26 debut. According to the prospectus, Alibaba aims to raise $11.7 billion from the offering of 500 million ordinary shares, which could rise as high as $13.4 billion if demand is strong and the underwriters exercise an overallotment option to sell as many as 75 million additional shares.

A $13.4 billion offering will make Alibaba’s Hong Kong listing the world’s biggest this year, outpacing ride-hailing giant Uber’s $8.1 billion offering in May. The company already set a global record with its $25 billion initial public offering in 2014 in New York.

But a planned public listing of Saudi Aramco may soon surpass Alibaba’s top ranking. The Saudi Arabian national petroleum company said earlier that it intends to raise between $24 billion and $25.6 billion in December.

Expectations for Alibaba’s secondary listing in Hong Kong have mounted ever since the city’s bourse revised its rules to allow companies with a dual-class shareholder structure to list. The restriction on such arrangements, which many tech startups adopt to retain control of the company for core managers, was a main reason pushing Alibaba to list initially in New York instead of Hong Kong.

The return to Hong Kong would not only raise billions of dollars more for Alibaba but could also make Alibaba shares more easily available to investors on the Chinese mainland through a program linking Hong Kong with mainland markets in Shanghai and Shenzhen.

Shares of many of China’s largest internet companies like Baidu Inc. and JD.com Inc. are still mostly off-limits to most Chinese because they trade only in New York.