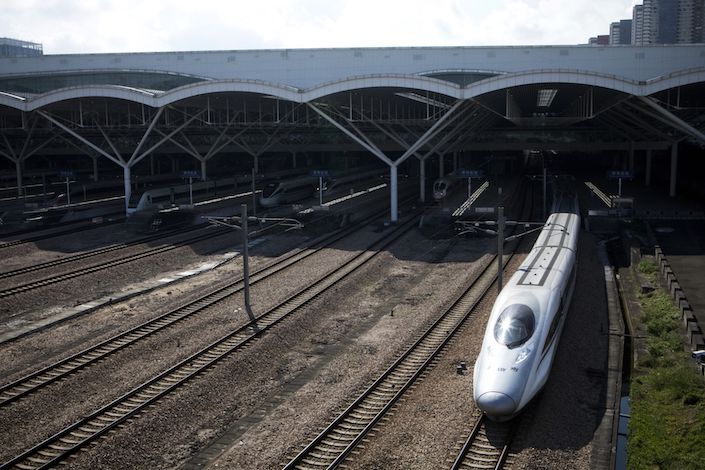 (Bloomberg) — The operator of China’s high-speed rail line between Beijing and Shanghai kicked off its initial public offering, which will for the first time allow investors to tap into the world’s largest high-speed railway network.

Beijing-Shanghai High-Speed Railway Co., a unit of state-owned China Railway Corp., plans to sell as many as 6.3 billion new shares, or 12.8% of enlarged capital, through the listing in Shanghai, according to its prospectus (link in Chinese) released Wednesday. Book building for the IPO will begin Jan. 6, it said. The company didn’t say how much it aimed to raise through the sale.

The listing adds to signs that China is pushing to further open industries dominated by state-owned companies. Beijing on Sunday outlined plans to allow private-sector businesses to enter industries including energy, telecoms and rail, and on Tuesday, Premier Li Keqiang pledged to give foreign investors greater access to service sectors including finance and health care.

Those steps have come as a campaign to rein in China’s shadow banking industry has sapped financing for many non-state firms and the trade war with the U.S. has led some multinationals to reassess their investments. With economic growth at the slowest since the early 1990s, Beijing has sought to reassure these contingents and spur more capital spending.

Proceeds from Beijing-Shanghai High-Speed Railway’s IPO will be used to help finance the acquisition of a 65.1% stake in a domestic railway operator for 50 billion yuan ($7.1 billion), according to the prospectus. Bloomberg News reported in late 2018 that the company was planning to raise 30 billion yuan. That amount would make it the largest domestic offering since Postal Savings Bank of China Co.’s $4.8 billion listing earlier this month, according to data compiled by Bloomberg.

China Securities Co. is the lead underwriter with Citic Securities Co. and China International Capital Corp. as joint sponsors. The IPO was approved in a record 23 days by the country’s securities regulator.

China’s high-speed railway network, at 35,000 kilometers, is by far the world’s largest. The route between Beijing, the country’s political center, and Shanghai, its financial hub, is one of the highest margin lines. Beijing-Shanghai High-Speed Railway reported more than a 30% net margin for 2018, with annual profit of 7.9 billion yuan, 9 billion yuan and 10 billion yuan for the past three years, its prospectus showed.