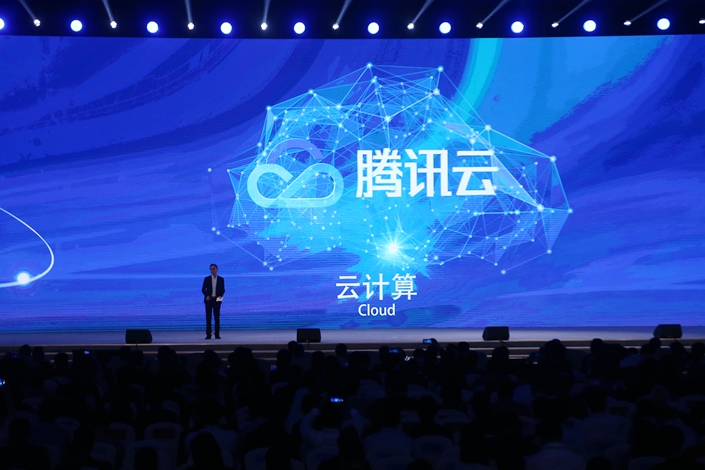 Users can access the video conferencing service, called Tencent Meeting, on the computer, as well as through an app of the same name, Wu Zurong, vice president of Tencent’s cloud business, announced Wednesday at a company conference. The service is also available on Tencent’s ubiquitous messaging app WeChat.

The new service adds to Tencent’s portfolio of communication services aimed at enterprise clients. Others include WeChat Work, which Tencent launched in 2016.

China’s video conferencing market is expected to grow to 53.5 billion yuan ($7.6 billion) by 2023, up from 16 billion yuan last year, according to a report by Northeast Securities, which tracks the sector.

Tencent touted its video-conference service as the tool to solve an ever-present problem in China — different companies using different communications platforms that aren’t compatible with one another.

The company’s growing interest in video conferencing mirrors that of other big Chinese tech companies such as Alibaba Group Holding Ltd., which currently operates DingTalk, an enterprise communication platform with video conferencing capabilities. And on Thursday, the telecommunications giant Huawei Technologies Co. Ltd. jumped on the bandwagon by launching a similar platform called WeLink.

Wu said his company will focus exclusively on services and won’t compete directly with hardware manufacturers. Tencent said it has partnered with some of the top domestic video conferencing equipment companies, including Shenzhen-listed Yealink Network Technology Corp. Ltd.