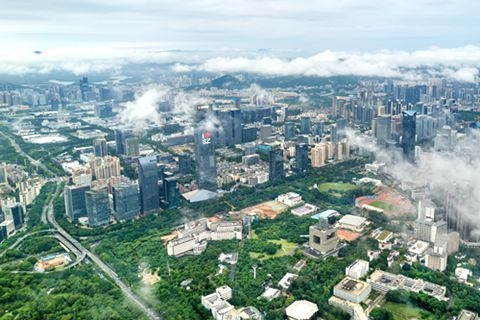 Local government land sales are expected to have hit a record high in 2019 as officials struggled to fill budget gaps left by tax and fee cuts that have bitten into their fiscal revenue.

Land sales revenue in 50 major Chinese cities last year grew to a record 4.2 trillion yuan ($601.6 billion) as of Dec. 26, marking a jump of 17.6% from the same period in 2018, according to data provided by a research center of Hong Kong-based Centaline Property Agency Ltd.

“It is the first time that the land sales revenue of the 50 cities surpassed 4 trillion yuan,” said Zhang Dawei, chief analyst at the Centaline research center.

The increased land sales come after Beijing imposed tax and fee cuts expected to be worth more than 2 trillion yuan in 2019 in an effort to shore up flagging economic growth. In the wake of the cuts, however, some local governments found it difficult to make ends meet because they had to boost investment spending as a stimulus at the same time. In 2019, local governments as a whole were likely to collect less revenue than they had planned at the beginning of the year, Finance Minister Liu Kun said in a report last week.