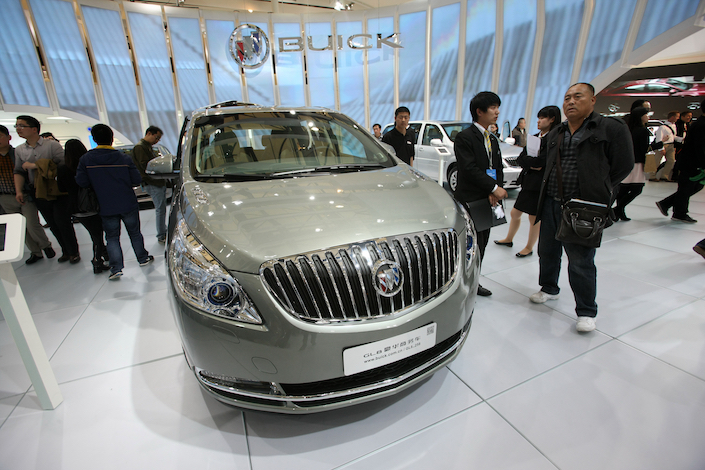 (Bloomberg) — General Motors Co. warned that pressure on its China business will persist this year as the world’s biggest auto market suffers a prolonged slump, exacerbated by a lackluster economy and the trade war with the U.S.

GM and its partners sold 3.09 million vehicles in China in 2019, according to a statement Tuesday. That represents a 15% decline for a company that was once the top foreign automaker in China.

“We expect the market downturn to continue in 2020 and anticipate ongoing headwinds in our China business,” Matt Tsien, Shanghai-based head of GM’s China business, said in the statement.

The U.S. automaker’s sales in China have tumbled at a faster pace than the overall industry decline. Added strain has come from a consumer backlash to U.S. President Donald Trump’s trade policies, a Bloomberg Intelligence report said in November.

The China slowdown has had major implications for GM’s bottom line. In the first nine months of 2019, the automaker’s profit in the market fell by almost half to $893 million from $1.7 billion in the first three quarters of 2018. GM has not yet reported its fourth-quarter numbers.

The China Association of Automobile Manufacturers said vehicle sales may drop 2% to 25.3 million units in 2020, which would be a third straight year of declines. The global auto industry is sputtering as trade tensions and tariffs raise costs and stifle investment and as manufacturers reassess their staffing in an era of electrification, autonomous driving and ride-on-demand services.

GM is on track to introduce at least 10 new-energy vehicles in China in the four years through 2020, the company said. Apart from established players like Volkswagen AG, Mercedes-Benz, and Toyota Motor Corp., GM also needs to compete with local challengers like BYD Co., Nio Inc. and Guangzhou Xiaopeng Motors Technology Co., known as Xpeng. On top of that, Elon Musk’s Tesla Inc. is starting to deliver locally produced electric sedans to customers in China.