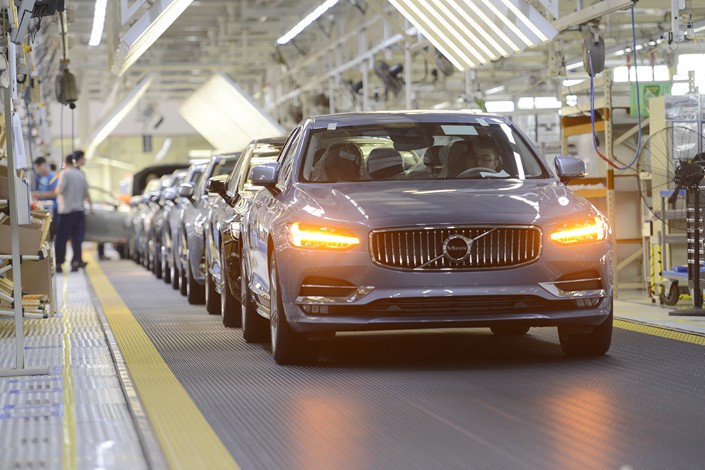 China exported just over 1 million cars last year, or 3.6% of total domestic production, according to a new report.

China remains one of the world’s weakest car exporters despite its status as the top manufacturer and consumer of the big-ticket item, as both local and foreign brands producing in the country focus on the domestic market, a new industry study showed.

China exported just over 1 million cars last year, or 3.6% of total production, according to a report released Monday by the Ministry of Commerce. Cars were even weaker in terms of China’s overall exports, representing just 0.6% of the total figure for one of the world’s top trading nations.

The report pointed out that major car-exporting countries such as the U.S., Japan, Germany and South Korea typically notched overseas sales of more than 2 million cars annually, representing 20% or more of their total production.

China has been the world’s biggest carmaker and consumer for the last decade. Most of its exports are in the middle- to lower-end market, with the average exported car costing $15,000 in 2018 — well below the $46,000 average for Germany, and $28,000 for cars exported from the U.S.

China’s domestic brands like BYD and Geely are unprepared to compete with their big global rivals outside their home market, said Wu Songquan, chief compiler of the report. But he also pointed out that consolidation is now occurring among those brands as China’s domestic car market goes through its worst period in recent memory, set to shrink for the second straight year in 2019.

That consolidation should ultimately result in the emergence of a smaller field of stronger domestic brands, which will be better positioned to actively develop their exports once the market settles, he said.

Names like Guangzhou Automobile Group Co. Ltd., Geely Automobile Holdings Ltd. and Great Wall Motor Co. Ltd. made plans to export their cars to Europe and the U.S. But the U.S.-China trade war led Guangzhou Auto to slow down its plan. Geely, in the meantime, is aiming to export its higher-end Lynk & Co. brand to Europe starting in 2020.

To date, Chinese brands have mostly exported to developing markets including Southeast Asia, South America and the Middle East. China’s car exports to countries that are part of China’s Belt and Road Initiative, which typically target these developing markets, totaled 692,000, or about 70% of its total for 2018. Exports to developed markets that year came in at a modest 122,000 vehicles, with many of the vehicle produced by foreign brands operating in China.

Wu said such foreign brands with China joint ventures are better equipped to export their cars due to their overseas connections. But most of those choose not to export, he added, as their local strategy focuses mostly on the local market.

The report pointed out that many foreign brands that manufacture in China are starting to change their strategies, following the country’s decision to scrap limits in 2022 that have prevented foreign carmakers from owning majority stakes in their China ventures. The report predicted that many foreign brands may start to boost their China operations when the limits end, and that China hopes it can someday become a main base for those companies to locally manufacture cars for export.