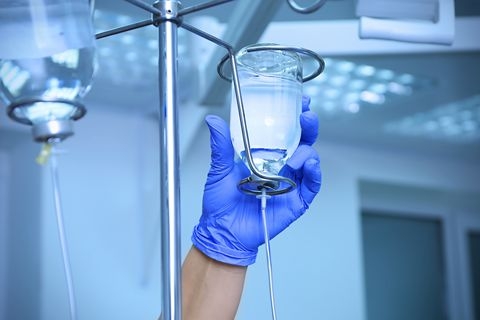 Local health officials in central China’s megacity Wuhan reported on Saturday the first known death from a mysterious viral lung disease that broke out two weeks ago and has infected dozens of people in China and reportedly other Asian countries.

The health commission in the city of Wuhan said in the latest statement (link in Chinese) that the patient, a 61-year-old man who was a regular at the local seafood market that is believed to be where the illness first appeared and spread, passed away on Thursday night due to complications from severe pneumonia.

As of Friday night, 41 people had been diagnosed with pneumonia caused by the new coronavirus, a family of viruses that can cause a number of respiratory ailments of varying severity, the local health authority said in a separate statement Saturday (link in Chinese). Seven of the patients were in severe condition, another two had been discharged from the hospital, and the rest were in stable condition, according to the Wuhan Municipal Health Commission.

No new cases have been reported since January 3, and no clear evidence has been found that the new virus can spread from human to human, the commission said. Over 700 people who have had close contact with the patients, including 419 medical workers, have been put under health observation, but no additional cases have been found among the group, according to the official statement.

The local market that sold live fish and other animal products that was linked to the initial cases that were found in the last few days of December, was shut down on January 1.

The cause of the mysterious lung has been confirmed as a new strain of coronavirus, state broadcaster CCTV reported Thursday (link in Chinese), citing health officials.

Coronaviruses, some of which are thought to spread to humans from contact with animals and animal products, can cause a number of respiratory diseases of varying severity. One such virus causes severe acute respiratory syndrome (SARS), which killed hundreds of people in China in 2002 and 2003. Another, which causes Middle East respiratory syndrome (MERS), killed dozens of people in South Korea in 2015 and ignited fears that it might spread to China.

The outbreak in Wuhan of a mysterious form of viral pneumonia was first reported in late December, with patients suffering high fevers and breathing difficulties.

Chinese authorities used gene sequencing to identify the virus after isolating the pathogen from a patient who tested positive for the disease. Public health officials are continuing to track down other people who may have come into contact with the pathogen.

The World Health Organization (WHO) said the new virus “does not transmit readily between people”, with its China representative Gauden Galea praising China on Thursday for the country’s “increased capacity to manage new disease outbreaks”.

In 2002 and 2003, the SARS epidemic infected thousands of people in southern China and Hong Kong, eventually spreading to a number of other countries and territories and infecting more than 8,000 people, causing 774 deaths worldwide. Chinese authorities initially covered up the extent of the SARS outbreak, but changed tack as it spread, eventually controlling the disease by imposing strict quarantines and travel bans.

The WHO said it would gather more comprehensive information in coming weeks “to understand the current status and epidemiology of the outbreak,” including its source, modes of transmission, the extent of infection, and which countermeasures are in place. No specific precautions were necessary for travelers, the international health watchdog said.

Matthew Walsh contributed to this report