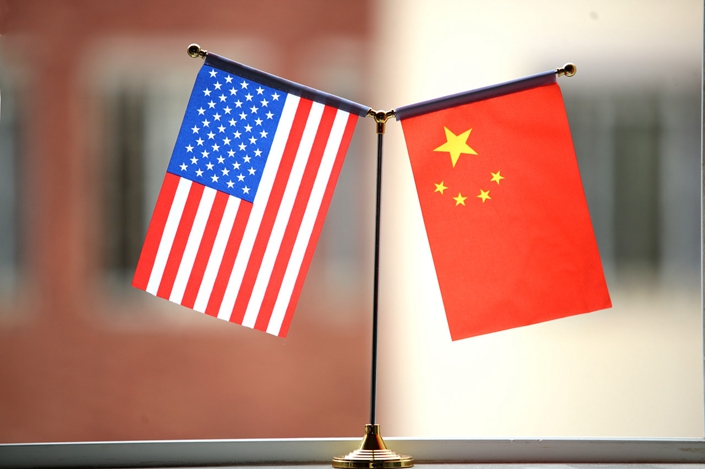 After more than 17 months of trading tit-for-tat tariffs in a trade war, China and the U.S. have finally agreed to a detente, scheduling the signing of a phase-one deal on Wednesday in Washington. It clearly shows that neither side wants the prolonged standoff to continue; and both sides are in urgent need of an agreement before the next time window closes.

For China, the signing comes a week ahead of the Lunar New Year holiday. Beijing could breathe a sigh of relief and regroup to tackle its thorny domestic issues, including an economic slowdown and Hong Kong unrest. For the U.S., President Donald Trump could turn his focus to the 2020 presidential election and his impending impeachment trial in the U.S. Senate.

But will this phase one agreement be enough for Washington to put aside its hawkish ambition of fundamentally challenging China’s economic system and seeking more opening in the Chinese market? Certainly not.

On Thursday, Trump vowed to start negotiating a phase two trade deal “right away” after the initial agreement. His goal is to finish a complete trade deal after the November election, which he believes he can win. “I think I might want to wait to finish until after the election, because by doing that, I think we can actually make a little bit better deal, maybe a lot better deal.”

The Trump team has gained a lot from the nine-chapter phase one deal. China is said to have agreed to buy up to $50 billion in American agricultural products, including some genetically modified organisms (GMO), a category that has not received enough attention yet. GMOs still remain a relatively controversial subject among Chinese consumers. A Beijing-based source told me that during the negotiation process, the U.S. agricultural industry had increased its lobbying efforts in Washington — such as getting China hawk Peter Navarro on board advocating for more GMO exports to China. This particular purchase is believed to be indispensable in concluding this initial deal and their pursuit will continue beyond the first phase.

However, Trump has not yet got what he wants from China on a number of fundamental issues — including state-owned enterprises and government subsidies. Those are supposed to be addressed in phase two or phase three. He had already made that clear in October during a White House meeting with Chinese Vice Premier Liu He, who visited the U.S. to resume negotiations after trade talks collapsed in May.

The length of the agreement has also been reportedly reduced by about half from the May 2018 draft — from nearly 150 pages to 86 pages. The mysteriously unresolved part could be brought back up by the Trump administration at any time.

Implementing the phase one deal could also be challenging for both sides. According to U.S. Trade Representative Robert Lighthizer, Beijing and Washington will establish a dispute settlement mechanism. If one side is not satisfied with the other sides’ implementation progress, a 90-day process could be initiated to resolve the outstanding issue; if the process fails, the complaint could impose punishing tariffs on the respondent. But without a third party in place to be the judge, it could be difficult for the mechanism to function properly. Thus it could become a convenient vehicle for the U.S. to raise more demands.

The text of the deal is a more nuanced issue. It’s expected to be released after the signing ceremony and some articles on several key issues could be ambiguous, such as the part about alleged intellectual property theft. Such ambiguity — as warned by a second source — could create room for different interpretations on each side’s level of commitment. Finger-pointing could then follow during the two-year implementation period. It is one thing to hastily reach a deal in one or two months, but it is another thing to stick to it for two years.

For China, with a temporary break at hand, there is not really much room to sit back. Beijing is still facing an uphill battle against Washington’s unprecedented challenges to its economic model since it joined the World Trade Organization in 2001. The Trump administration favors a direct confrontation with China, which will certainly not stop after the phase one deal is signed.