Opinion: The U.S.-China Relationship Has Crossed the Rubicon 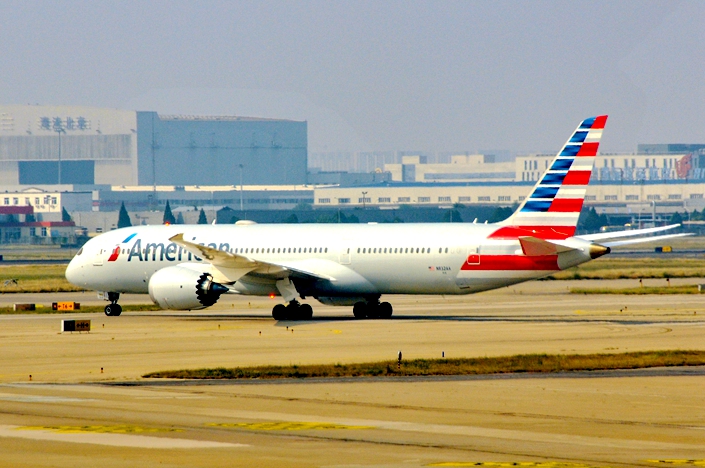 It is crystal clear that U.S. President Donald Trump’s administration has never deviated from challenging its “strategic competitor” China — even in tough times, as a new coronavirus breaks out in China and across the world, including the United States, which has confirmed 11 infections as of Feb. 4.

Within a week of the outbreak, U.S. Commerce Secretary Wilbur Ross and Secretary of State Mike Pompeo, spoke out on the epidemic. On the one hand, they showed sympathy for the victims and called for cooperation to defeat the disease; on the other hand, the two explored how to take advantage of China’s current plight to benefit the U.S. economy.

“Every American’s heart has to go out to the victims of the coronavirus, so I don’t want to talk about a victory lap over a very unfortunate, very malignant disease,” Mr. Ross said told Fox Business on Thursday. “But the fact is, it does give businesses yet another thing to consider when they go through their review of their supply chain.”

Referring back to the deadly SARS outbreak that hit China 16 years ago, and the African swine fever choking China’s pig farms today, Ross said “So I think it will help to accelerate the return of jobs to North America. Some to (the) U.S., probably some to Mexico as well.”

This same rhetoric featured in Pompeo’s trip to Uzbekistan on Monday. “We’re working closely and hand-in-hand with the Chinese government to try and resolve what is now this global epidemiological challenge,” he told a press conference, held together with Abdulaziz Kamilov, the country’s foreign minister.

Pompeo then warned the country to pick the U.S., not China, as its investment destination, citing China’s lack of transparency and environmental protections. “We fully support Kazakhstan’s freedom to choose to do business with whatever county, whichever country, it wants. But I am confident, I am confident that countries get the best outcomes when they partner with American companies. You get fair deals, you get job creation, you get transparency in contracts, you get companies that care about the environment, and you get an unsurpassed commitment to quality work. American companies are naturally incentivized to behave this way. It’s just simply how the American system works.”

The Americans came after the Chinese hard, and Beijing hit back even harder. In a press conference on Tuesday, Chinese Foreign Ministry Spokesperson Hua Chunying lashed out at the U.S. travel restrictions on China, saying “what it [the U.S.] has done could only create and spread fear, which is a very bad example.” And Washington’s “banning the entry of visitors who traveled to China in the past 14 days is suspected to be violating civil rights instead of reducing risks of virus spreading.”

The spokeswoman also stated that “the US government hasn't provided any substantive assistance to us,” and criticized that the U.S. “was the first to evacuate personnel from its consulate in Wuhan, the first to suggest partial withdrawal of its embassy staff, and the first to impose a travel ban on Chinese travelers.”

Insensitive U.S. rhetoric and China’s strong protest almost brought us back to the peak days of tension during the nearly two-year U.S-China trade war.

Many thought relations between the two countries could rebound after the two sides reached and signed the phase one agreement last December. And many believed that the U.S. Department of Defense’s recent decision not to further punish China’s tech giant Huawei — which was pressed forward by the U.S. Department of Commerce — could, to some extent, reverse the apparent trend towards technological decoupling of the two countries.

Now, the current bitter exchanges between Washington and Beijing serve as an unfortunate reminder that the “good old days” of the U.S.-China relationship are not coming back, even when the two face a common enemy in the form of the coronavirus. There have already been worries among trade observers that China’s mobilization of national resources will affect its ability to deliver on its trade deal commitments, and that the U.S. could even use the epidemic as leverage in phase-two talks.

Diplomatically, cooperation to defeat the coronavirus disease could play a positive role in smoothing the two countries’ relations. But neither side is off to a good start. U.S. Health Secretary Alex Azar said last week that the U.S. side contacted Beijing several times to discuss sending a team of disease control experts to China, but that Beijing either declined the offer or was not responsive on each occasion. The two sides should solve this problem as a start first.