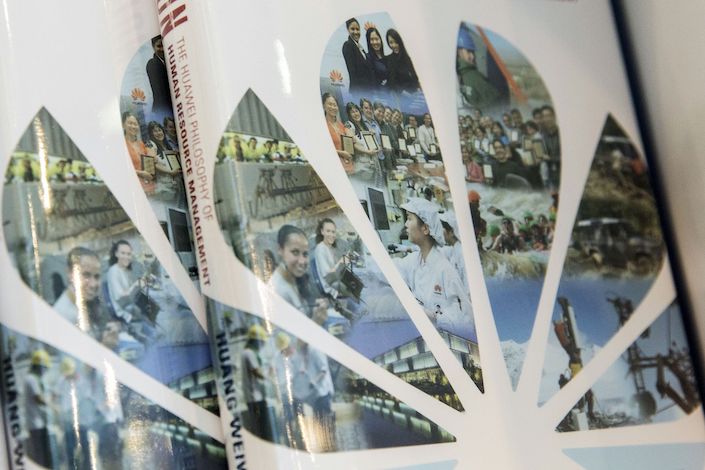 (Bloomberg) — Huawei Technologies Co. broke into the top 10 recipients of U.S. patents last year, according to an analysis of filings with the U.S. Patent and Trademark Office, the latest sign that Chinese companies are aggressively pursuing the U.S. lead in global technology.

The telecom company’s 2,418 patents, along with 2,177 new patents issued to display-screen maker BOE Technology Group, helped make China the fourth-biggest recipient of U.S. patents, behind the U.S., Japan and South Korea but ahead of Germany for the first time, according to the analysis by Fairview Research’s IFI Claims Patent Services.

“China’s growing rapidly, but they’re still way behind the U.S. in terms of patents,” said Larry Cady, a senior analyst with IFI.

International Business Machines Corp. retained its title of top recipient of patents for the 27th year, with a record 9,262 patents, far ahead of No. 2 Samsung Electronics Co. and No. 3 Canon Inc.

Overall, the patent office last year issued 333,530 patents, a record high and a 15% jump after a decline in 2018. Cady said the increase most likely reflects efforts to open a bottleneck over what can qualify for a patent, such as in the fields of artificial intelligence (AI).

AI, cloud computing, blockchain and security were among the top areas for IBM, the Armonk, New York, company said. The IBM patents reflect the work of more than 8,500 inventors over 45 states and 54 countries, the company said.

While IBM may be consistently the top recipient of patents, its holdings aren’t the largest, IFI found. That title belongs to Samsung Electronics Co. of South Korea, with Canon Inc. of Japan the second-largest corporate owner of patents. The difference, Cady said, is that IBM doesn’t retain all of its patents.

“We really look at new patents as an indication of innovation, and we regularly review and prune our patent assets,” said Jason McGee, chief technology officer for IBM Cloud Platform. “We may get rid of ones that we don’t think are strategic or could be better served with someone else.”

Group members pledge that all network members will get a license to any patent that ends up with what’s known as a “patent assertion entity,” meaning a company that doesn’t make products and whose sole purpose is to extract royalties from those that do. The group helps protect automakers and retailers that are just entering the technology arena, which is often marked by lawsuits.

“If you want to be any successful company, you have to be a successful high-tech company,” said Ken Seddon, head of the LOT Network.

Overall, the list of top recipients is dominated by American and Asian technology companies. Behind IBM, Samsung and Canon are Microsoft Corp., Intel Corp., LG Electronics Inc. and Apple Inc. Ford Motor Co., which broke into the top 10 last year, was just ahead of Amazon.com Inc. and then Huawei.

While the numbers are small, the fastest-growing patent classifications were in the gene-splicing technology known as CRISPR, hybrid plants, 3-D printing and cancer therapies, the analysis showed.

Many of the patents issued to Huawei relate to things like high-frequency transmission that are needed for the next generation of wireless technology known as 5G.

U.S. President Donald Trump’s administration in May moved to restrict American companies from doing business with Huawei. The administration said Huawei gear could be used for spying — an allegation the company denied.

“The U.S. is kind of at a funny position with Huawei — we’re threatening them with limiting access to technology and access to the markets,” Cady said. “At the same time, 5G is rolling out, and they’re the dominant in 5G.”