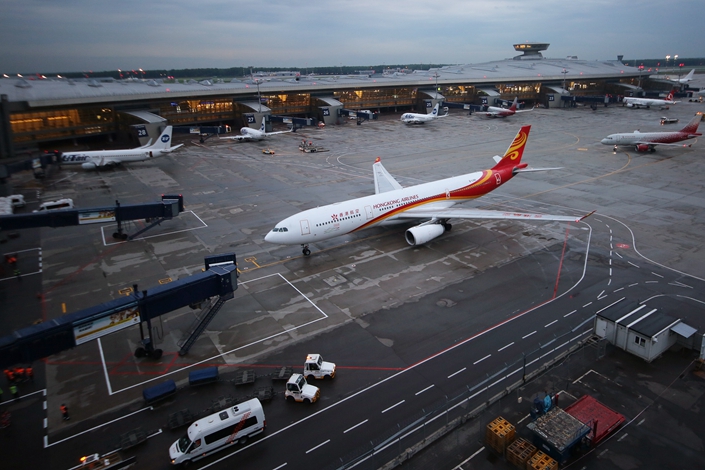 The coronavirus outbreak in Wuhan, capital of Central China’s Hubei province, may have contributed to the decline in airline stocks.

A number of Chinese airline stocks have nosedived amid concerns the outbreak of a new form of viral pneumonia in the country could affect the world’s largest annual migration.

This comes despite the annual Lunar New Year rush, which is normally one of the industry’s busiest times of year. This year’s travel season began on Jan. 10, with the Ministry of Transport and the top economic planner forecasting (link in Chinese) that 79 million trips will be made by air through the end of the peak travel period on Feb. 18.

The coronavirus outbreak in Wuhan, capital of Central China’s Hubei province, may have contributed to the decline in airline stocks, a transport analyst who asked not to be named told Caixin. “The market is worried that (the epidemic) could affect flows of tourists and passengers”, the analyst said, but added that it is still too early to assess the epidemic’s real impact on business.

Chinese authorities reported a sixth death from the coronavirus on Tuesday, as the official infection count in the country rose to 291. Zhong Nanshan, a respiratory expert heading the investigative team under China’s National Health Commission, confirmed Monday that it can spread person-to-person.

Other aviation-linked stocks plummeted too. The shares of airport operators Shenzhen Airport Co. Ltd. and Shanghai International Airport Co. Ltd. saw a 3.2% and 2.15% drop Tuesday. Hong Kong’s benchmark Heng Seng Index lost more than 800 points on the same day, to close down 2.81%. The main Shanghai and Shenzhen indexes both closed down just under 1.5%.