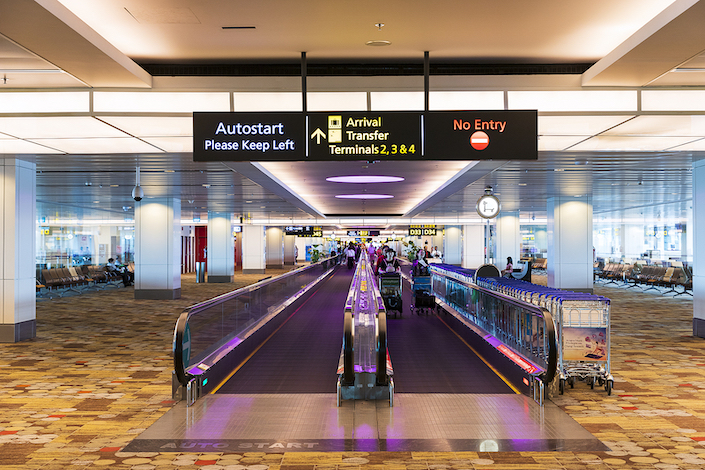 Chinese nationals and those who have traveled to the Chinese mainland in the past 14 days will not be allowed to enter or transit through Singapore starting at 11.59 p.m. Feb. 1, the Singapore government said Friday evening.

The move marks an escalation of precautionary measures against travelers from China. As of Wednesday, restrictions affected only those with a history of travel to Hubei, the central Chinese province where the outbreak started, or people whose passports were issued there.

"With immediate effect, the Singapore Immigration & Checkpoints Authority will suspend issuance of all forms of new visas to those with PRC (People’s Republic of China) passports,” a spokesperson for the organization told Caixin Friday evening in a written note. “We will also suspend Singapore's status as a visa-free transit facility for those with PRC passports.”

Singaporean citizens and permanent residents will be exempt but are told to stay in their homes and avoid social contact for 14 days, the government said. Chinese nationals already in the country who wish to extend their visitor passes will be evaluated on a case-by-case basis, the spokesperson said.

North Korea and Russia closed their borders to China amid epidemic fears.

Early Friday morning, the WHO declared the outbreak of the virus a global public health emergency after deciding a week earlier to hold off on the designation. The organization also issued a recommendation against implementing travel restrictions on people from China.

In response, the U.S. State Department Thursday upgraded its travel warning to the highest level, telling Americans to avoid all travel to China, and Canada advised against “nonessential travel.”

The Japanese government said that starting Feb. 1 those who test positive for the virus, also known as nCoV-2019, will be barred (link in Japanese) from entering the country.