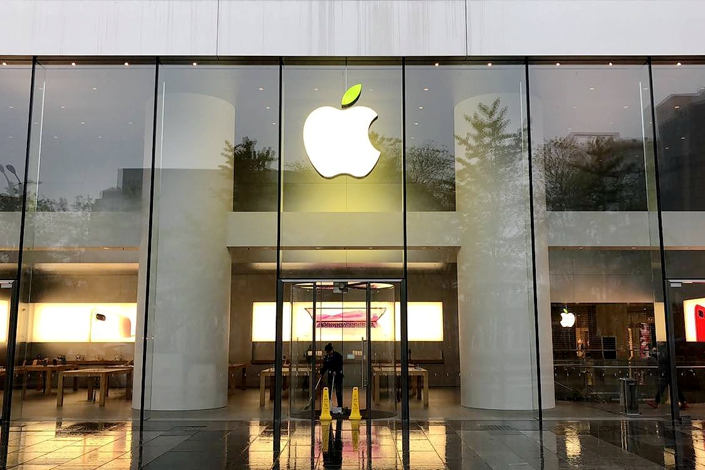 The ongoing coronavirus outbreak is adding to troubles facing the Chinese smartphone market, which has seen sales drop for three consecutive years since 2016. Photo: VCG

China may see its smartphone shipments nosedive 30% in the first quarter of 2020 due to the coronavirus, according to a new report.

The report said that the forecast assumes the novel coronavirus will be effectively under control by late February or March. But regardless, the measures undertaken to achieve this, and companies’ reactions to the outbreak, will still have a substantial impact on sales, it said.

The coronavirus, originating in December in the Chinese city of Wuhan, has led to 361 deaths and infected more than 17,000 people in China as end of noon Monday, according to figures from China’s top health authority.

The virus has already caused a large number of handset stores in China to close, which will likely have a knock-on effect on smartphone sales. For example, Apple Inc. said on Saturday that all 42 of its stores on the Chinese mainland will be closed until Feb. 9, a decision analysts say could delay sales of up to 1 million iPhones.‬‬

Worse still, the still-spreading disease is likely to affect the global supply chain, given that 70% of the world’s smartphones are made in China. Quarantine or travel restrictions could result in temporary labor shortages, which would in turn impact factory operations, Strategy Analytics said in the report. Based on this, Linda Sui, director at Strategy Analytics, predicts that smartphone shipments globally in 2020 will be 2% less than previously expected.

The ongoing coronavirus outbreak is adding to troubles facing the Chinese smartphone market, which has seen sales drop for three consecutive years since 2016. Last year, the country’s smartphone shipments dropped by 7% to 368 million units. Huawei was the only handset-maker to see shipments increase in the country in 2019, stripping market share from others including Oppo, Vivo and Apple.