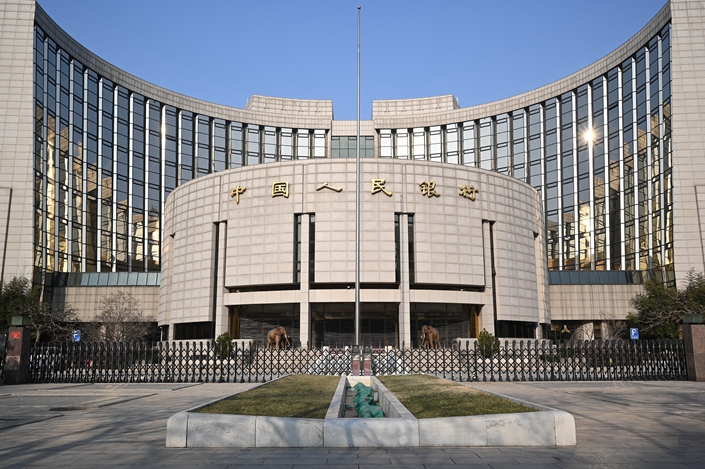 China’s central bank on Monday lowered the interest rates it charges banks for short-term funds, a move to shelter the country’s volatile market and slowing economy from disruption by the ongoing outbreak of a new coronavirus.

The People’s Bank of China (PBOC) cut the rates for 7-day and 14-day reverse repurchase agreements by 10 basis points each, according to a statement released on its website (link in Chinese). That will lower the costs of lending where the central bank purchases securities from commercial banks and sells them back later.

The central bank injected a total of 1.2 trillion yuan ($171 billion) into the financial market through the agreements on Monday, a move announced (link in Chinese) on Sunday that aims to boost market liquidity as the virus outbreak has had an adverse impact on the economy and the financial sector.

The moves came as China’s financial markets reopened after the extended Lunar New Year break which began Jan. 24. On Monday, Chinese stocks plunged the most since a market crash in 2015, in response to the coronavirus outbreak which has forced businesses to suspend operation and spurred governments in and outside of China to restrict road, rail and air transportation. As of Monday afternoon, Chinese authorities had reported more than 17,000 infections by the virus and at least 361 deaths. A total of 23 other countries had confirmed 153 cases of infection.

The PBOC said in the statement that it “will continue to closely follow the liquidity situation in the market, and ensure ample liquidity during the special period of virus control.”

Economists have warned that the outbreak will add to downside risks for China’s economy in the first half of this year. To stabilize the economy, authorities have instructed lenders to rollover loans to enterprises affected by the outbreak that have trouble repaying their debts on time, a PBOC deputy governor said in an interview on Saturday. On Sunday, China’s top securities regulator instructed securities firms to suspend their short-selling businesses, Caixin has learned.

Julian Evans-Pritchard, an economist with research firm Capital Economics Ltd., projected that the latest PBOC rate cuts will likely be followed by cuts to the rates of its other lending facilities.

Although they “will take some pressure off of banks and borrowers, the rate cuts are too marginal to provide a substantial offset to the drag on economic activity from the Coronavirus outbreak,” he said.

The outbreak has to some extent plunged China into isolation from the world, with rising fears prompting governments in countries including the U.S., Japan and Australia to bar entry to travelers from China or to restrict flights from or to the virus-stricken country. That will likely dampen China’s imports and exports this year if the virus cannot be contained in the near term, multiple analysts said.