As Virus Forces Workers to Stay Home, Hundreds of Millions Log on to Enterprise Platforms 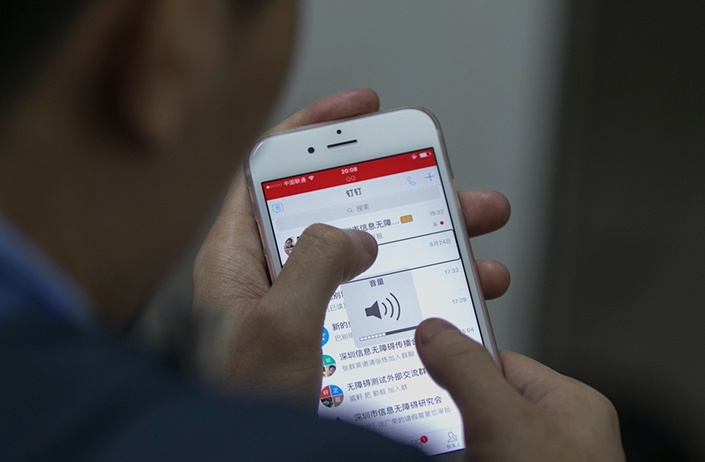 DingTalk and WeChat Work were temporarily overloaded by the sudden surge in traffic Monday, both companies said. Photo: IC Photo

As the coronavirus outbreak has kept hundreds of millions of Chinese people away from their offices for another working week beyond the Lunar New Year break, operators of software which facilitates remote working are seizing the opportunity.

In an attempt to halt the spread of the virus, which has reached every Chinese region and at least 23 other countries, major Chinese cities have encouraged businesses to help their employees work from home until Feb. 9.

In anticipation of greater demand during the outbreak, Alibaba, Tencent, ByteDance and Huawei have since the middle of January begun to offer more of their enterprise platforms’ services free of charge, in a bid to attract more firms.

This strategy appears to have paid off, with nearly 200 million people working at around 10 million companies on Monday using Alibaba’s DingTalk app, which includes functions such as video conferencing, the company said. The internet giant didn’t say how that stacked up to a normal pre-outbreak weekday, but it said previously that it had a total of 200 million registered users at the end of June.

Tencent didn’t say exactly how many people used its WeChat Work platform Monday, but said millions of companies logged on this week.

DingTalk and WeChat Work were temporarily overloaded by the sudden surge in traffic Monday, both companies said.

Huawei’s WeLink, which launched in December, saw 15,000 companies sign up to its platform on Sunday alone. A total of 80,000 conferences were held on WeLink Sunday, Huawei said, up from just 10,000 a few days earlier.

Though the companies are offering their services for free during the outbreak, some users will likely continue to use the platforms after the crisis subsides, said Lin Xiaosheng, head of sales at communication equipment manufacturer Yealink Network Technology Corp. Ltd.

The virus outbreak may help popularize the use of technologies such as video-conferencing in China, according to a report from Merchants Securities, which said that China lags behind some developed economies in its use of such mediums.