Tourism Shaping Up as Major Casualty of Virus Outbreak 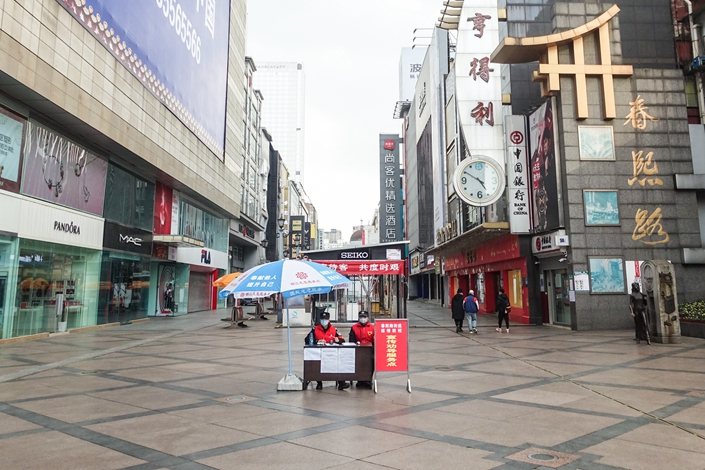 China’s bustling tourist industry has become one of the biggest economic victims of the new coronavirus outbreak, suffering billions of dollars in losses from canceled trips as people stay home to avoid the contagion.

The huge blow is likely to result in a major overhaul of the crowded sector, with weaker travel agents and independent hotel operators the most vulnerable, analysts and observers said. Impact is being amplified because the crisis came during the Lunar New Year holiday, which is one of China’s biggest travel periods each year as millions of people take to the road to return home and go on vacations.

“The broader tourism sector is extremely vulnerable to risk, with closures, refunds and revenue falling to zero when this kind of disaster occurs,” said industry analyst Liu Zhaohui.

The new virus that has sickened more than 20,000 and killed 426 in China has brought travel in the country to a near standstill, affecting domestic travel as well as international arrivals and Chinese tourists bound for overseas destinations. The sudden halt is similar to that seen in the 2002-2003 SARS outbreak, which also led to similar mass cancellations.

The most telling headline figure came from China’s Transport Ministry, which estimated the number of trips during this year’s 10-day Lunar New Year period plummeted nearly 73% to just 190 million. Previously, industry watchers had been expecting more than twice that number, or about 450 million trips.

As people avoid air travel in particular, 25,000 flights, both domestic and international, are being cancelled this week alone, according to according to OAG Aviation Worldwide Ltd. International.

“Our groups traveling abroad in February were all canceled,” said a representative of the Xi’an branch of travel agency UTour Group Co. Ltd. in Northwest China’s Shaanxi province “Our Xi’an branch alone had scheduled 80 such groups involving 50 million yuan ($7.2 million) in payments. If you add up the more than 30 branches we operate nationwide, the refunds would be quite large.”

The losses are being exacerbated by government pressure on travel service providers to give full refunds to travelers who cancel trips that were already booked. Normally such cancelations would incur a penalty that service providers could retain to help offset lost business.

The Ministry of Culture and Tourism issued a notice on Jan. 23 suspending all domestic tour services and related air and hotel services. International tours were also set to be phased out starting Jan. 27.

Even before that, airlines and China’s rail operator had begun to refund tickets, and many online travel agents were announcing free cancelation policies. Between Jan. 23 and Jan. 24, online travel platforms including Trip.com, Tongcheng-Elong, Meituan and Qunar all announced they would allow free cancelations for any products purchased on their sites for travel between Jan. 23 and Feb. 8.

China Lodging Group, one of the nation’s biggest hotel operators, has temporarily closed some of its properties during the outbreak, as many are seeing low occupancy rates and are operating at a loss, said CEO Ji Qi in an internal letter to employees. “During the outbreak period, it is certain the whole chain’s performance will be extremely poor,” he said.

Ji pointed out that occupancy rates during the SARS crisis of 2003 were at 15% and lower. “After that tense period had passed, business activity slowly recovered and the occupancy rate rose to about 50%,” he said.

The UTour representative in Xi’an estimated that even if things improve in March, groups wishing to travel abroad could still face obstacles for visa reasons, since more than 60 countries have now placed restrictions on travelers from China. Therefore it could be at least two to three months before things return to more normal levels, he said.

Others painted a more nuanced picture, with different segments taking different periods to recover. Inbound tourism will probably require a year or more to recover, as foreign travelers avoid the market over concerns about the virus, observers said. Outbound should recover faster, in around three months, while domestic tourism should recover relatively quickly once the outbreak has passed, they added.